Just a couple of days ago, I launched my campaign for a New Governance Model for Vancouver. It has already been accessed a significant number of times and generated some lively discussion on Twitter and email.

I have been pleased — not to say surprised — that no-one has yet written off the proposals as a waste of time. In fact, one retiring City Councillor RTed the piece to City staff and all incoming Councillors calling them “excellent ideas for fixing City Hall.”  He noted that

“Adriane Carr and NPA Vancouver are open to many of these ideas. Maybe not all. But let’s push for debate. We can do better. And we can create made in Vancouver solutions.”

The case to be made for wards seems to be well accepted by many that I talk with. A few have suggested a mixed Council system where there are both ward and at-large Councillors. I see that as an unnecessary complication (do they have different voting rights? they will need different balloting and financing rules) without any genuine value-add.  However, as I have written this weekend, a mixed Council might be a first step towards a full ward system; a first step that would be better than what we have today. 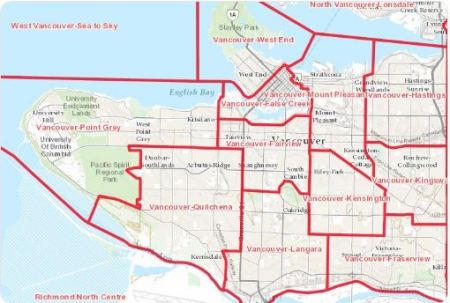 That seems logical at first glance, but it has problems.  As Joseph Jones pointed out, the boundaries could be subject to partisan gerrymandering for Provincial purposes that serve o value for the City. I would also be concerned that the riding associations of Provincal political parties would become involved in a way unsuitable for a non-party municipal setup.

Another correspondent suggested something completely different:

“I would simplify the vote by having to pick one mayor, school board, councillor & park board. SB, PB & councilor will pick their candidates to fill in the rest of the admin. The rest of the candidates can be fired while first 4 are voted in. 3 voted in can oust the mayor.”

Definitely radical, but that idea has some issues that need to be worked on, I think.  Another writer, one who’s opinion I have valued over the years worried, I believe, about the lack of a Mayor:

“Always thoughtful and interesting, Jak. I agree with a few points here, but you’re missing a crucial piece: the relationship with the civil service or: responsible government. Who takes ownership of staff work and can reps keep denying agency by following staff recommendations?”

I had assumed that the rotating chair would, in the absence of a Mayor, fulfil whatever executive management functions the former Mayor had completed.  I am hoping he expands on the issue as I am not sure I see a major problem here.  At least the discussion on that point allowed many of us to agree that the politicisation of the public service needs to stop and be reversed.

Another regular correspondent wrote to complain about my suggestion of not being allowed to do business with the City if one had donated to a municipal campaign. We have agreed to disagree on that point.

I hope the discussions continue and I look forward to some actual changes!

A New Governance Model For Vancouver

We are now a week after the Vancouver municipal elections; an election that once again moved us sideways within a social democratic orbit rather than toward the radical changes that we so desperately need. The changes that we need are radical both in terms of policy and the form of governance under which those policies are pursued. This essay is the beginning of my thoughts on those subjects.

Vancouver is currently governed under a weak-Mayor system, with a Mayor and 10 Councillors elected at-large. Less than 40% bother to vote even though the municipal government controls much of how we live on a day-to-day basis. It has proven itself to be a system far too open to big-money, big union, ideological, and other influences that many consider malign in an electoral context. I would scrap the current system and rebuild it from scratch.

First, I would eliminate political parties from the municipal realm, I would eliminate the position of Mayor completely, and I would introduce wards rather than the at-large system.  With regard to political parties, it may come as a shock to some to learn that Vancouver is the only major Canadian city that allows parties to operate at the municipal level. It may also be a surprise to some that wards are the usual way of managing Canadian urban areas and that Vancouver is once again a unique outlier.

Eliminating parties and wards are both ways to bring democracy closer to the individual. It is vital in my opinion that elected representatives be accountable to the voters that elected them rather than to some amorphous party that selected them.  I would suggest Vancouver have 15 wards, each representing about 50,000 residents. There are 23 or 24 recognized “neighbourhoods” but several are small enough to be be merged.

As mentioned above, we operate in a weak-Mayor system, meaning that the Mayor has only a single vote along with each of the Councillors, and cannot break ties. It serves no genuine purpose other than to polish the ego of the person holding that position. I would eliminate the election for Mayor. In its place I would institute a rotating chair system, in which the six leading Council vote-getters chair the body for a period of six months each.

Some quick mental arithmetic will show that I am calling for a three year Council term (though I would prefer to return eventually to the two-year cycle) and I would propose a three-term limit for any Councillor.

There has been talk since the last election of somehow limiting the number of candidates. I would find any form of financial deposit to be obnoxious, designed to hamper the poor.  However, I see no reason why a candidate should not be required to gather a substantial number of sponsors (say, 500) before throwing their hat in the ring.  Without a party behind them for support, this will mean that each potential candidate will need to get out and do some face to face politicking with their friends and neighbours well in advance of a poll. We will gain from that better informed and better known candidates in each ward, able to articulate their concerns and solutions.

I would like to see management of Vancouver elections be taken over by an independent third-party; Elections BC seems to the obvious answer.

This was an interesting election so far as the money went. Some parts of the new Electoral Financing Act worked quite well: Election expenses were drastically reduced from the last election, because election donations totalled less than $1 million for all parties combined, so clearly some effect was being seen.  However, there are issues with billboard advertizing prior to the election, the cost of “volunteer’ labour, and the issue of dark money being funnelled to parties before certain legal dates.  We need to examine this election closely, see what needs to be tightened up still further, and hold the NDP’s feet to the fire until they actually change the law.

The key is to ensure that all monies that can be or are being used for political  purposes in, before, or after a campaign, from whatever source and given at any date be as transparent as possible and as available in as close to real time as possible.

Of course, having no parties, no Mayor, and no at-large system — as I have suggested — changes the election expense pattern significantly. That will have to be taken into account in the redrafting.

In addition to the meta-changes suggested above, there are a umber of other principles I believe should be adopted forthwith.  The difference between my ideas and those of, say, the Vision Vancouver Councils will, I think, be obvious.

There are probably others that should be included but, if just these seven proposals were adopted, our municipal government would be significantly more accountable and, I believe, far more efficient.

That is probably a bit more than I planned to write, but I needed to get this off my chest. If we can achieve this level of cooperation, trusting the public, then we might be ready for something seriously radical such as having recallable delegates rather than representatives, and referenda democracy a la Switzerland.