I left politics at my last blog, and this post is about the visualization of data at least as much as it is about the actual data itself. Researchers from the University of Utah and Cal State have examined the relationship between the location of payday lending companies and the political strength of the religious right. They find a strong correlation between the two. The explanation put forward by the authors is:

“When the Christian Right allied itself with conservative Wall Street business interests in the 1980s and early ‘90s, consumer protection law was placed to the side as an inconvenient sticking point. The laws allowing an astonishing number of triple-digit-interest-rate lenders throughout most of the Christian South and Mormon West are a legacy of that political alliance.”

I think that is kind of interesting; but it really comes alive when you look at the data in a visual way. Thanks to Consumerist, we have two splendid maps that speak for themselves: 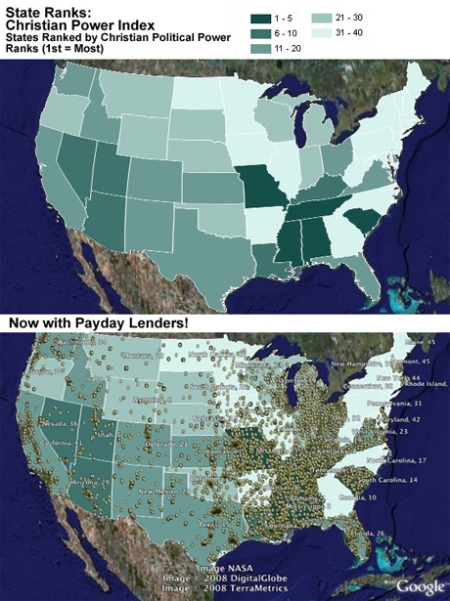 This ties in nicely with another map recently published in an entirely different context. 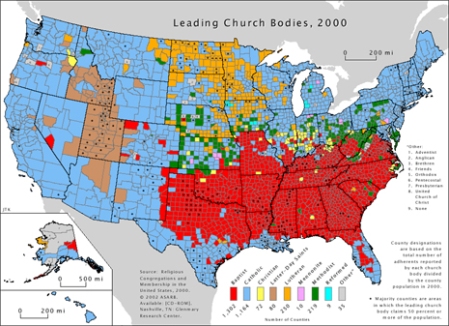 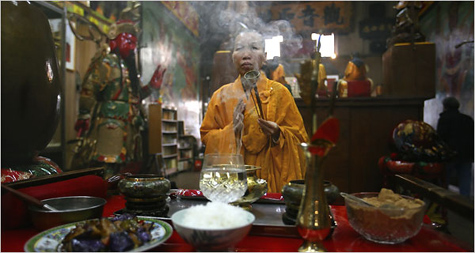 I am looking forward to the Parade on Sunday.  It is one of my favourite annual events in Vancouver. 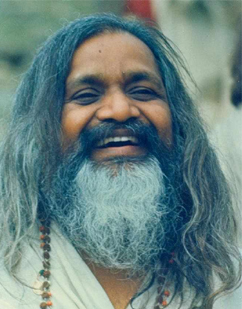 The hippy guru Maharishi Mahesh Yogi has died at his home in Holland. He was 91 years old.

Looking back with perfect hindsight, it is clear he was an influential figure; not for what he was (an easy target of parody who allowed his PR to equate TM with drugs and exotic locales), but for the openness to novelty that was so perfectly epitomized by the Indian episodes of the Beatles and their clans. It somehow legitimized the tens of thousands of journeys that we now-boomers took on the world’s roads in those years, looking for whatever it was we were looking for. And, if nothing else, it gave our parents one more thing to laugh at and complain about.

May he enjoy the rest of his journey.