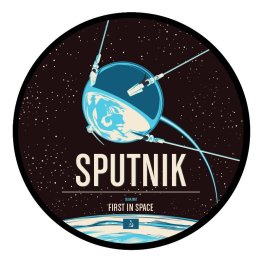 I was just a few weeks away from my 8th birthday when my father sat me on his knee specifically to listen to our old radio spit out some strange sounds — “Beep.  Beep.  Beep.”  Even through the static we knew we had never heard the like of it before.

On October 4th, 1957 — just sixty-four years ago — the space age began with the launch by the Soviet Union of Sputnik, the first man-made satellite.  I’m sure the surprise in the US was far greater than we felt in Europe.  We Europeans were already terrified of the power of the grey beasts just a few hundred miles to the east of our cozy nest in West London.  It seemed to many that Russian tanks could overrun Europe at any moment, and the technological genius of Sputnik simply confirmed our anxiety.

But again, there was always that secret spot inside that reveled in the fact that a European power had beaten the Americans into space.  And for my socialist grandfather and his cadre of friends, it was yet another sign that the Workers’ Paradise was superior in every respect to the Mickey Mouse- and Doris Day-loving capitalists.

In the end, I’m sure this had little to do with the ultimate end of the Cold War.  The costs of the space race were minuscule compared to the economy-shuddering trillions spent on the arms race by both sides.  But without Sputnik and all that followed, we would be a very different and more distanced world today.

The Battle of Cable Street 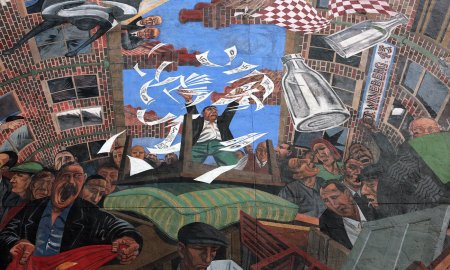 Eighty-five years ago today, in 1936, about 5,000 of Oswald Moseley’s Nazi Blackshirts, protected by 6,000 members of the Metropolitan Police, attempted an anti-Semitic march through a predominantly Jewish section of east London. They were confronted by 20,000 workers, residents, Communists, and anarchists, and battle ensued.  Moseley’s men were quickly withdrawn, but clashes between police and protesters continued.  In the end about 175 were arrested.

The battle had a number of important consequences: It led directly to the passing of the Public Order Act which banned the wearing of political uniforms on the streets which in turn led to a serious decline in the membership of the British Union of Fascists; it showed that working people would stand up to fascist thugs; and it led to the election of Communist leader Phil Piratin as MP for the area in 1945.

May the fascists of today understand that we have long memories.

You are magnetic north;

All my paths converge on you.

You are the tropics;

my Cancer and my Capricorn.

You are the forests;

the leafy groves where my dreams dwell.

You are the mountains,

with heights I could not imagine.

You are the seven seas;

I bob on your waves and tides.

You are the equator;

the widest part of my existence.

You are my world.