Sixty years ago today, the Cuban people fought back bravely against the United States government-sponsored invasion by those who would put the corrupt Mob casino bosses and American corporations back in charge of their beautiful country.

Agreeing to the Bay of Pigs invasion — America returning to type — was probably the most inept decision ever taken by John Kennedy. Within hours, the CIA-backed invaders were already lost, and the whole enterprise collapsed within two days. Hundreds of combatants died and more than 1,000 “exiles” were captured and held for an extended period. 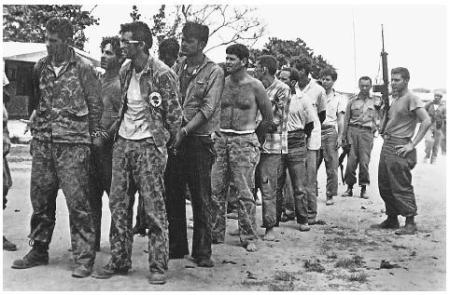 The invasion hardened attitudes to the States throughout the region, made Castro an even bigger hero than he was already, and strengthened Che’s revolutionary hand within the Politbureau.  It was a major failure by every possible metric and is still celebrated as such.  The U.S. cannot forgive the Cubans for this defeat, and thus we have had several generations of economic, diplomatic, and military sanctions against Cuba.

Also today, after more than 60 years, we celebrate the retirement of Roaul Castro, last survivor of the revolutionary leadership that defeated, first, Batista and the Mafia, and then the U.S. government.