This month’s report has been delayed for a few days due to the inclement weather and the frailty of your correspondent. But here we are! I did the walk this morning and it was the most gorgeous sunny winter’s day: I’m glad I waited. Unfortunately, the state of the Drive is not as bright as the day, with no new openings but no further closings either.

The Benchhouse Bakery, inside Il Mercato Mall at 1641 Commercial, gets a great review for its caramelized onion sourdough bread.

La Mezcaleria at 1622 Commercial gets a shout out from Scout Magazine for its flight of margarita miniatures.

The former Libra Room at 1608 Commercial is still vacant and boarded up. However, I saw some work going on there on the weekend so maybe there is some hope for a new place?

What used to be the Euro Café at 1468 Commercial has morphed into a Vietnamese café called Mercie Beaucoup. (My apologies for the quality of this image).

At Livia, 1399 Commercial, the buckwheat and oat sourdough is said to be delicious.

The former Andy’s Bakery at 935 Commercial is still vacant, but there is now a sign on the door for a new bakery. No work seems to have been done on the interior though, so far as I could see.

What was the last remaining house on the Drive at 928 Commercial is now in the process of being re-developed. The entire front of the building (Commercial Drive side) has been removed, but the rear (backs onto the lane) is still standing.

I still haven’t called Penelope’s at 1009 vacant, but it has been closed now for a very long time.

The isolation of individuals caused by the covid pandemic and subsequent regulations have forced many of us to re-think our priorities and the ways that we conduct ourselves. In India, a number of photographers have turned to self-portraits to document their solitude. An article in Hyperallergic discusses this phenomenon:

“For some, self-portraits became a coping mechanism to process their emotions during the prolonged quarantine. Many photographers who were used to shooting others were forced to confront their camera shyness and find a new comfort zone as their own muses. “

The article includes some wonderful photography. I was particular taken with these: 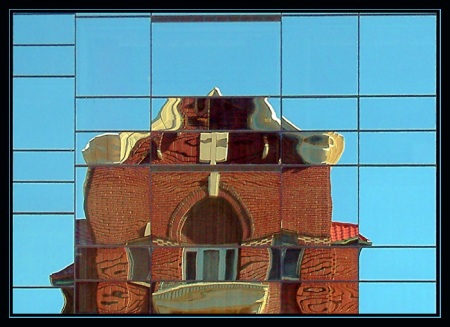 In the 1980s and 1990s I ran a number of BBSs (you have to be ancient to even remember what they were), and I opened my first actual blog in September 2001. This version (v.3) of Jak’s View from Vancouver is 13 years old today.

Over all that time, the top five posts (by view) have been:

The 2012 Summer Olympics Are Already With Us

Venice Becoming A Ghost Of Itself

However, since the beginning of 2019 when it was first published, this post about Love and the Oxford Comma has swamped all others with its popularity.

Here’s to another thirteen years!