Why Is The Nanny State Against Me? 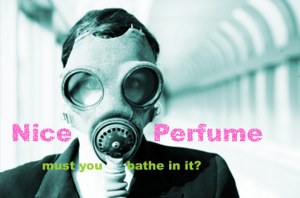 These days you cannot get a bag of peanuts on an airplane, and peanuts and peanut products are completely banned at schools. Why? Because the rest of us have to sacrifice in order to protect the small minority of kids and adults who have a life-threatening allergy to the snacks.  I actually don’t agree with the ban but, OK we’ll let it go.

Years ago, the nanny state banned lawn darts even though no child had ever been killed or seriously damaged by one.  That’s a really dumb rule, but still …

My wife and I and several other folks I know have a tendency to stop breathing when confronted with heavy perfume smells. Not get upset or angry or disturbed, but actually stop breathing. I wouldn’t want people to stop using whatever perfume they want but I would like a campaign to educate those people doused in the stuff not to get into crowded spaces, like transit or elevators.

Is that too much to ask from the nannies?  Where are they when I need them?

This entry was posted on Wednesday, September 30th, 2020 at 2:00 pm and is filed under Memoir. You can follow any responses to this entry through the RSS 2.0 feed. You can leave a response, or trackback from your own site.

2 Responses to Why Is The Nanny State Against Me?