Food Photographs of the Year

Earlier this week, the winners of the Pink Lady Food Photography awards were announced.  The overall winner was: 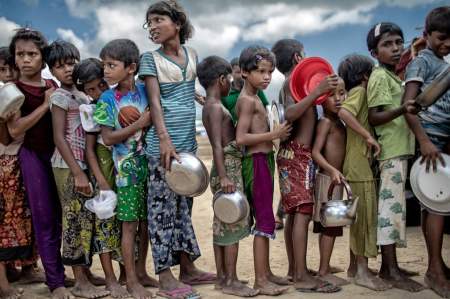 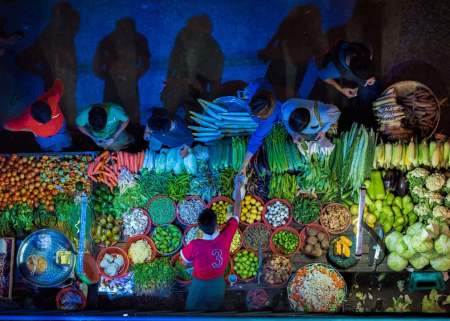 Night Music: Rolling In The Deep

At lunchtime today I attended a Zoom conference put on by SFU Public Square to discuss the state of transit in the Lower Mainland, now and after the virus crisis. There were about 200 participants and it was valuable to hear a great many points of view along with some technical background. These are some notes from that meeting without my editorialising.

The Translink system usually carries about 500,000 riders per day; current daily ridership is down to 75,000.  Forecasts are for the system to lose about $600 million this year due to the 83% fall in ridership and a 60% drop in gas tax revenues caused by the reduction in car travel. It was noted that the US government has allocated $25 billion for transit assistance during the crisis, while the Canadian government has not supplied any additional funding. It was remarked that it is “embarrassing” to see the US funding what is an essential social service more liberally than Canada. Of immediate concern is that transit services — unlike for-profit airlines, for example — are not eligible for the Payroll relief programs put in place by Ottawa and Victoria. Translink urges everyone to contact their MLAs and MPs for more transit funding.

Dr Bonnie Henry’s conclusion that there is no evidence of virus transmission on transit was noted. However, some transit workers on the call reminded everyone that transit workers have died from the virus in London, New York, and elsewhere.

Asked about the effect of the crisis on the Broadway line, Translink said that the project was being managed by the Provincial government (rather than them, I guess) and that it seems to be proceeding.  However, some doubts were expressed given the depth of the crisis-driven fiscal issues facing both Translink and the senior governments.

Just about everyone agreed that transit is a key factor in the re-opening of the economy. This was stressed several times and by multiple participants. Transit are working on the assumption that a surge in ridership will come in September with the re-opening of schools and colleges, but that depends on the progress of the virus. There will be no fare increases for the balance of this year.

A bus driver, I believe, was asked how we can show our support for the work they are doing right now. A simple “Thank you!” as one gets on and off the bus would be welcomed and appreciated.

Forty-five years ago today, the US Army fled Vietnam, in helicopters, from the roof of the US Embassy in what was then called Saigon. 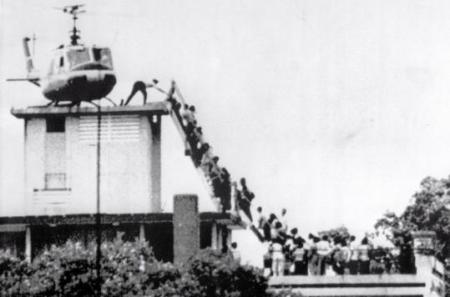 After the death of almost 60,000 Americans, 55,000 French, and millions of Vietnamese, Laotians, and Cambodians, the West’s thirty years of colonial and imperial warfare in South-east Asia — including the greatest and most vicious use of chemical and biological weapons ever seen — crashed to a bitter and humiliating end.

The victory of the Viet Cong and the North Vietnamese was called the end of America’s nightmare. It certainly was a bad dream for American imperialism, but the real nightmare was what the local populations had had to suffer for so many decades.

In 1919, Alf Higgins and E. Daniel Manhart opened an auto service business at 1136 Commercial.  By 1920, Manhart had gone and the business was renamed Commercial Drive Garage. In 1922, Higgins purchased the southwest corner lot at Commercial & Venables and erected a building for their business that, under Higgins and then his son, Alf jr, would remain in operation until 1988.

Alf Higgins and his wife arrived in Canada in 1910 and moved to Vancouver in 1918. From the 1920s to the early 1950s, he was a leading figure in Grandview business and politics, being elected president of the Chamber of Commerce on numerous occasions.