One of the joys of a full English breakfast are Heinz baked beans. At college, beans on toast were the staple supper whenever money was tight (like always). I doubt there is a larder in England that doesn’t have a can or two on a shelf.

I always assumed that the “Beanz Means Heinz” slogan pre-dated me but that is not so; I was in my late teens when Maurice Drake came up with one of the most durable of advertising lines in 1967. I know this now because of an article in the incomparable Creative Review.  From the same place I learn that Selfridge’s department store has made the bean can a feature of its displays this spring. 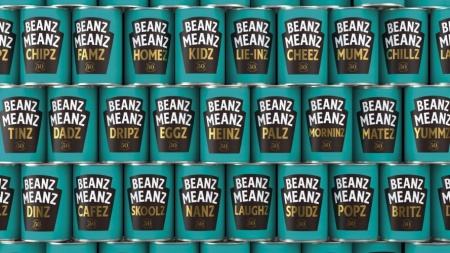 When I first arrived in Canada, it was a grave disappointment to me to find that cans of Heinz beans in North America were not the same as the English beans I grew up with.  However, I am glad to say that the original English flavour is now available here, if you know where to look — SuperValu on Commercial, for example.

They are one of life’s simple pleasures.

Image: Vancouver From the MOV

Prohibition began in BC in October 1917 after what many consider a rigged vote in favour the previous year. Before it was repealed by a massive majority in October 1920, the courts were obliged to sort out any number of irregular goings on, both by police and moonshiners.

This clipping reveals an odd incident. There had been another whiskey seizure at Ferrara Court in February 1920 but so far as I can tell, there was no connection to the incident related here. I have searched to find either a beginning or end to this story but without luck, and so it has to stand by itself.

Chronicles of the Plague Year #7

Well, that was yet another week of the lock-down.

The other evening, eighteen members of the Grandview Heritage Group (GHG) had their monthly meeting — by Zoom.  There were a few minutes of “no video” or “no audio” from various participants but we got that straightened out pretty quick, and got on with what was just like a regular meeting. We had three separate presentations, some announcements, and just enough friendly chatter between colleagues who haven’t seen each other for well over a month. It was well worth the effort and I thank the folks who made it all work.

Of course, if you believe some of the Zoom conspiracy stories doing the rounds, all of us GHG folks are now pawns in the hands of the Chinese security police — as if that is somehow worse than being in Facebook’s databanks.

The lock-down is definitely getting tedious.  However, I just spoke with my mother who is a nursing home in England and she set me straight on what real tedium can be.  She has been locked up in her care home now for about four weeks, with no visitors of any kind, none of the weekly entertainments she has grown to enjoy, and with no close friends among the other patients. Almost blind, she can barely enjoy the television, her radio has broken, and the telephone company won’t send anyone to install her new phone during the pandemic.

What’s more, several of her equally aged friends and former neighbours have recently died and she is not there to mourn them. The neighbour who did her gardening is the latest victim.  Her only relief is to sit by the open window and feel the breeze. At 92, she wonders if she will still be alive when the crisis is over.

She sounded so bored, frankly, that I know I have nothing comparable to complain about.