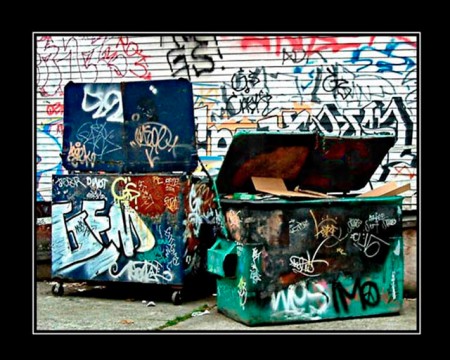 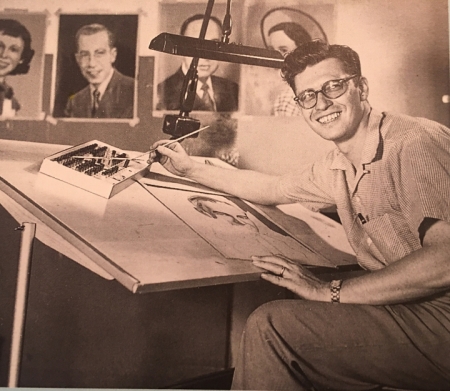 Today is the first anniversary of the death of Dan Robbins. You may not know his name, but you have almost certainly heard of the product he invented — Paint By Numbers.

Long before Bob Ross seduced the PBS audience into believing they could paint, Dan Robbins and the Palmer Paint Company sold millions and millions of kits to upwardly mobile folks in the 1950s and ’60s.  Even my mother and father — without an artistic bone in either body — insisted on placing their paint-by-numbers efforts around the house.

“Robbins’s paint-by-number kits, which were conceived as a way to promote Palmer Paint Co. paint sets to a wider audience,” according to an article in Hyperallergic.com “were developed in conjunction with the company’s owner, Max Klein, and went on sell millions. Robbins was tasked with finding a way to market the paint kits to adults and found inspiration for his blockbuster invention in an odd factoid about the work of Leonardo da Vinci. ‘I remembered hearing that Leonardo used numbered background patterns for his students and apprentices, and I decided to try something like that,’ Robbins said …” 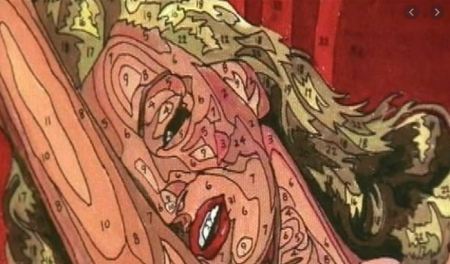 “The Smithsonian Institution’s National Museum of American History presented a paint-by-number exhibition in 2001, shifting critical conception of the painting fad from déclassé kitsch to a legitimately interesting and eminently collectible form of popular Americana. In step with the exhibition, Robbins authored a book, Whatever Happened to Paint-By-Numbers?: A Humorous Personal Account of What it Took to Make Anyone an ‘Artist’, but it was clear that he had a humble and balanced view of the artistic importance of his best-known invention.”

I have been writing this series of posts every month for almost nine years now, and this is certainly the oddest month so far. The covid-19 virus has turned our vibrant street culture neighbourhood into something more like a small prairie town on a Sunday.  Even the Community Policing Office at 1977 Commercial, VanCity Savings, and the Grandview Lanes at 2195 are closed until date unknown.

One beautiful thing: Blossom Market had spring flowers on display outside. I was resting on a bench just by there and the fragrance was intoxicating.

As I have no news of openings or closures, nor any reviews to share, I thought it would be of interest to list the businesses that are still open — though that, of course, can change overnight.

There are also a number of restaurants and cafes serving take-out and delivery. Sometimes hard to tell, so I decided not to try to list them.

This list seems quite long now that I look at it.  However, without the restaurants and the patios, and with so many people quite rightly staying at home, the Drive seems almost deserted. There were quite a few people in an orderly well-spaced line waiting to get orders from Livia‘s take-out window, but that was as close to a “crowd” as I saw anywhere.  At least we don’t have whole blocks with boarded-over storefronts like some parts of downtown this week. I sure hope we don’t get to that point.

I was surprised that the community parklet outside Prado‘s had been removed. I was also a bit annoyed because I really needed to sit down about then.

I was also surprised by some of the stores that were open.  Hard to imagine that selling expensive doo-dads for the home is an essential service at this time, for example.

Obviously none of the “opening soon” businesses have opened and it is too soon to tell how many of our stores will not survive the “temporary” closure. So, I have simply updated last month’s lost of vacancies. 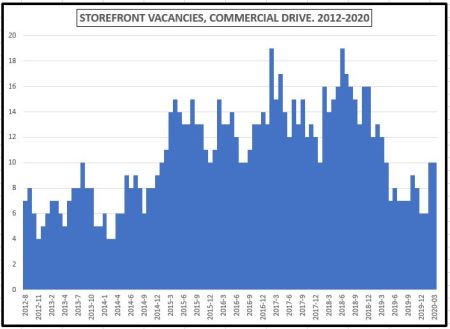