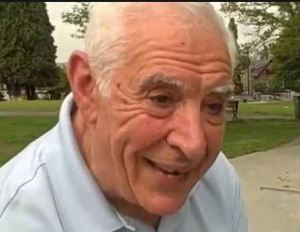 I am deeply saddened to hear of the death of Sam Buonassisi, one of Commercial Drive’s leading businessmen for many decades.  His funeral is today.

Sam purchased the old Magnet Hardware store from Sid Bowman in July 1964. In 1972 he moved the business to the former Royal Bank building at 1575 Commercial where it continues to this day.  Over the years, Sam purchased a number of important buildings on the Drive and became a mainstay in the neighbourhood.

When I was writing my history of the Drive, Sam was always helpful and friendly with background information. I shall miss seeing him patrolling his parking on Graveley.

My condolences to his family.

The Annual General Meeting of the Grandview-Woodland Area Council takes place on Saturday 7th March at 2:30pm in the Canucks Family Room at Family Place (at the far north of Grandview Park opposite the play area).

GWAC is the oldest and most active Area Council in the City, holding public meetings each month. Most meetings feature an interesting speaker or group, and offers residents a space to air their thoughts and comments on issues of importance to our neighbourhood.

Have you ever thought of running for the GWAC Council?  The AGM is where the Council is elected each year.  Come along and vote!

This year’s AGM includes a fascinating talk by our own historian, artist, and heritage expert Michael Kluckner:

“Over 90 years ago Vancouver hired Harland Bartholomew & Associates to create Vancouver’s first city-wide plan, providing a template for the ambitious young city that was poised to amalgamate with two neighbouring municipalities to become the modern City of Vancouver. Automobile-oriented transportation and industrial growth were priority considerations … Kluckner will explore what was implemented, what worked and what did not, and track more recent changes in legislation and development, such as the vision for False Creek, condominium living and the push for compact communities in both the city and the region.”

It’ll be fun and useful. Hope to see many of you there!