The Crunch is IT! 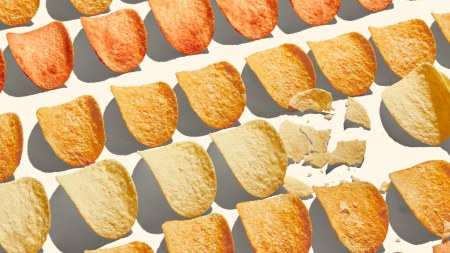 As a really interesting article in Bon Appetit proclaims:  There is an entire industry intent on producing crispy crunchy food; an industry built on “biology, psychology, and an incredible amount of engineering.”  It seeks to answer the question:

“[W]hy is crispy so alluring, so valuable, so desirable? Bon Appétit used it around 500 times (I’m rounding up) last year to describe everything from salmon skin to the top of baked French toast. Frito-Lay yearns to achieve hyperbolic levels of crisp. Popeyes has us lined up for crispy chicken sandwiches. The opulence-forward restaurant Benu in San Francisco has served “pork with inverted crispy skin” on its $325 per person tasting menu. In the datasphere, the use of crispy/crispiness in U.S. reviews on Yelp has increased 20 percent in the past decade. In close to 7,000 menus analyzed by Stanford’s Dan Jurafsky, crispy is by far the most frequent adjective used to describe texture. The Cheesecake Factory uses the words crisp or crispy nearly 50 times on ONE menu.”

There is no doubt that “crispy” and “crunchy” are high octane selling features.  But it wasn’t always so:

“Scientists weren’t paying close attention to food texture until the legendary General Foods research scientist Alina Szczesniak broke it wide open in the ’50s. Me summarizing her work: ‘Everyone’s obsessing over how foods taste and totally ignoring how important TEXTURE is to the experience of FLAVOR’ … Crispiness is a ‘stimulant to active eating,’ wrote Szczesniak with a colleague, and ‘it appears to hold a particular place in the basic psychology of appetite and hunger satiation, spurring one to continue eating’.”

This prompted a lot of engineering and laboratory studies and consumer tests. One of the fascinating results:

“Female consumers were more likely to notice food texture, especially crisp and crunch, than their male counterparts, whose attention first goes to food color and flavor.”

The whole sensation is extended through the medium of marketing:

“Frito-Lay sustains crisp with packaging. The bags are puffed with nitrogen-infused air that keeps the chips fresh. Packaging is also how they promote crisp. The pop and whoosh of released air. Classic Lay’s bags had a makeover recently and on the back there’s a list of words with “CRISPY!” up top—where they know consumers’ eyes go first because, of course, they do eye-tracking experiments. You thought we lived in a world without chip surveillance?!?! And don’t forget the sound of the crumpling bag, or the pop-off of the Pringles lid. Those signify crispiness as much as the chip itself.”

The article goes into a lot more detail about sound testing, colour matching, and a lot more.  Definitely worth the read. 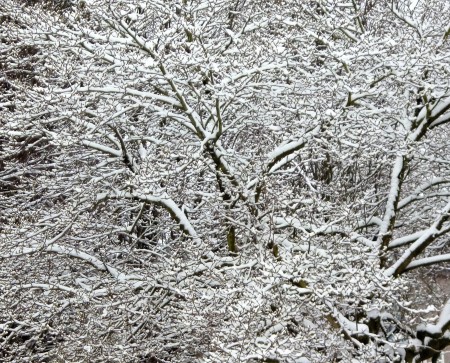 The Annual General Meeting of the Grandview-Woodland Area Council takes place on Saturday 7th March at 2:30pm in the Canucks Family Room at Family Place (at the far north of Grandview Park opposite the play area).

GWAC is the oldest and most active Area Council in the City, holding public meetings each month. Most meetings feature an interesting speaker or group, and offers residents a space to air their thoughts and comments on issues of importance to our neighbourhood.

Have you ever thought of running for the GWAC Council?  The AGM is where the Council is elected each year.  Come along and vote!

This year’s AGM includes a fascinating talk by our own historian, artist, and heritage expert Michael Kluckner:

“Over 90 years ago Vancouver hired Harland Bartholomew & Associates to create Vancouver’s first city-wide plan, providing a template for the ambitious young city that was poised to amalgamate with two neighbouring municipalities to become the modern City of Vancouver. Automobile-oriented transportation and industrial growth were priority considerations … Kluckner will explore what was implemented, what worked and what did not, and track more recent changes in legislation and development, such as the vision for False Creek, condominium living and the push for compact communities in both the city and the region.”

It’ll be fun and useful. Hope to see many of you there! 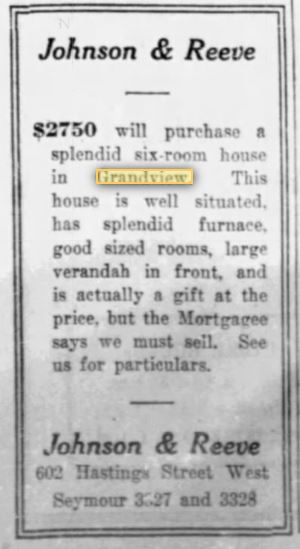