Still working through the best books of the 2010s, I just finished Salvage The Bones by Jesmyn Ward.

Set at the time of Hurricane Katrina in 2005, Salvage The Bones is an intense novel about a dirt-poor black family in a dirt-poor black hamlet on the Mississippi Gulf. Motherless, four kids and their abusive alcoholic father live in a shack in a wooded wasteland of endless poverty. One son hopes and prays for a basketball scholarship as his way out, the youngest just likes to play and eat, and the third son lives for his fighting dog and her puppies. The story is told in the unpretentious and honest but confused voice of the pregnant 14-year old daughter, Esch, who likes to read Greek mythology.

The father, irascible drunk or sober, is convinced that a storm brewing in the Gulf will be the big one, and he tries to cajole his family into helping him prepare; but they are busy with their own lives: Randall has important games to win that will help him get selected, Skeetah needs to look after his dog’s puppies while getting her ready for the big revenge fight with the other kids’ dogs, Esch, who has been having sex since she was twelve because it was easier than saying no, has to confront the fact that the father of her unborn child won’t acknowledge it, and Junior is too young to know any better.

The hurricane hits in the final fifty pages of the novel, slamming into the hamlet with greater fury than even the father had ever imagined; and Ward does a masterful job of describing both the lashing of the storm at his height, and the immense devastation that was left in its wake.  But the strength of this fine work is in the first 200 pages where we learn what it is like to live poor and black in southern Mississippi, where the only real safety (still tenuous) is in the closeness of the sibling bond.

This is tragedy. There is no happy ending, just real life carrying on.

In the late 1990s, I spent a lot of time in Bukowski’s, a raucous bar and restaurant at Commercial & Grant that is sorely missed. I went there to drink, to eat, to party, and, just about every week, to shout my poetry above the din of the bar crowd. If your performance could grab attention at Bukowski’s, you were doing really well.

With the likes of RC Weslowski, Shane Koyczan, and Angus (the Svelte Ms Spelt) Adair also performing, I was never the best or the most popular, but I had a wonderful time; and that period of my life was heady and life-affirming and just plain fun.

I am sure my memory has gaps, but it seems to me at this distance that all I ever ate at Bukowski’s was their wonderful patatas bravas, a dish which, when Bukowski’s closed, was lost to me. So it was a joy when I was looking through some food videos on Youtube and came across a patatas bravas recipe from Food Wishes, one of my go-to video chefs.

I made it the first time (with some deliciously sauteed chicken) and it was, all modesty aside, just superb: I could eat that sauce with just about anything. Moreover, all those memories of Bukowski’s came flooding back to delight and entertain. 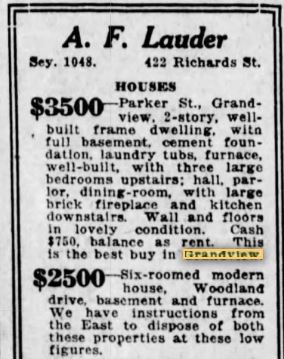