Looking For Love With The Oxford Comma

This post, first published on 22nd February, was the most viewed on my site in 2019:

I have always used the Oxford comma. Because of it, I have been abused by grammar “purists”, marked down in school, and “corrected” by copy editors all my life it seems, but still I am happy to cheer lead for it. The battle for and against the Oxford comma is deeply divisive but limited, or so I thought, to those who write a lot. No more, according to an article in GQ:

“Recently, the Oxford comma has found a spot on the Bingo card of online-dating profiles, alongside mainstays like “no hookups,” “no drama,” and “420 friendly.” Whether you’re mindlessly grazing on Tinder or Bumble, OkCupid or Match.com, you’re now as likely to learn someone’s thoughts on the Oxford comma as you are their job title or their penchant for tacos. On the Tinder subreddit, which has 1.8 million subscribers, one user lamented that the Oxford comma features in “like a quarter of bios ’round my parts.” Another said, “It’s everywhere.” Even a journal entry on Tinder’s own blog mentions it: “Honestly, I’m not sure how compatible I can be with someone who is anti-the Oxford comma.”

I sympathize with that final cri de coeur.  However, is it really so important that it can affect your love life?  According to GQ, it is a reliable class signifier:

“The blue-blood punctuation mark, named after the Oxford University Press, acts as a social signifier, a sieve for the bookish and studious (and, perhaps, pretentious). It suggests personality traits that extend far beyond punctuation preferences …  I think it suggests care. It suggests somebody who’s structured and disciplined and not a slob … Somebody who’s into detail, who likes precision. Somebody who has standards.”

The other day I blamed Einstein for why time seems to go faster by as one gets older.  However, a neuroscientist has another idea:

The four minutes will fly by!

What This Decade Hath Wrought 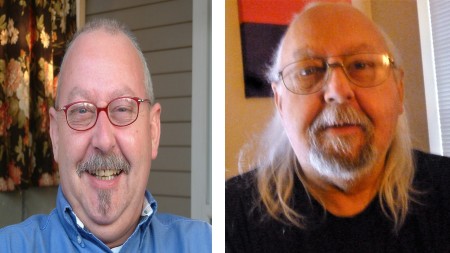