In the late fall of 1978, I came to BC to work on a job in Stewart BC. The twin otter I flew in on was the last plane to land for about a week due to bad weather, and it snowed several feet every day. 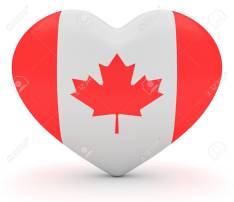 The local mine up on Tide Lake had recently closed and the tiny town was populated mainly by hunters and trappers. For a city boy from London, it was all very strange.  For Christmas that year, we were sent down to Vancouver for a few days and over the next few months I grew to love both BC and its people.

When my job finished in the following February, I went back to London and then on to Israel where I was under contract for another job.  During that spring and summer of 1979, I decided to move permanently to Vancouver and it was forty years this week that I arrived and formally immigrated.  It was just before my 30th birthday and now, nearing seventy, I don’t regret the move for one moment.

Thank you Canada and Vancouver for taking me in, making me very welcome, and making my life so much better than it might otherwise have been.

This entry was posted on Monday, September 2nd, 2019 at 10:14 am and is filed under Memoir. You can follow any responses to this entry through the RSS 2.0 feed. You can leave a response, or trackback from your own site.

3 Responses to Forty Years On