The Visual Capitalist has a fascinating graphic showing how the girl (etc)-meets-boy (etc) scenario has changed over the decades.

Select image for a closer view.

“Since the launch of Tinder, hundreds of dating services have appeared on app stores worldwide. Investors are taking notice of this booming market, while analysts estimate the global online dating market could be worth $12 billion by next year.”

That’s $12 billion a year that couples didn’t used to spend, although to some extent, it also involves a switch of spending from one set of consumer items to another.  Either way, it is a significant economic shift.

The Standing Stones As National Arena

A month or so ago, I reported on some research that indicated that the stone ring at Stonehenge had originally been built in Wales and only later moved to Salisbury Plain, almost 5,000 years ago. 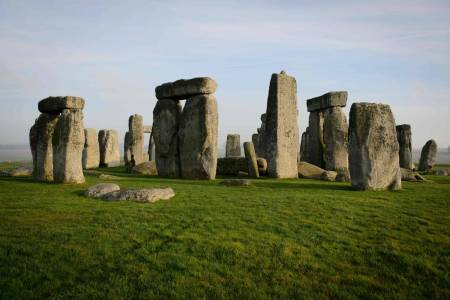 This most famous of henges was erected in an area that is replete with rings and ritual sites of various descriptions, the most well-known of which would be the Avebury circle, linked by pathways to Stonehenge.  New research has shown that these sites may well have had a national rather than local significance.

“A detailed scientific analysis of 131 pigs found at four key feasting sites in Wiltshire and Dorset … reveals that the vast majority of the pigs eaten at the feasts had been brought there from up to hundreds of miles away … The conclusion is that Stonehenge-era Britons had some sort of “national” intercommunal or pan-tribal identity, as well as presumably their local tribal or clan ones. In that sense, the megafeasts may well have represented the birth of Britain as a cultural or even geopolitical or ideological concept …

“These gatherings could be seen as the first united cultural events of our island, with people from all corners of Britain descending on the areas around Stonehenge to feast on food that had been specially reared and transported from their homes .. The emergence of some sort of country-wide identity now appears to have been part of a package of new cultural and political developments that occurred at around the time the great stone circles of Stonehenge and Avebury were built.”

Some 2,000 years later, in the Iron Age, there was a pan-tribal Druid elite extant throughout much of Britain. They may well have emerged from these earlier “national” gatherings.  What is certain is that our Neolithic ancestors were a lot more interesting and organised than we were taught at school.