One of my favourite writers is Jack Kerouac, and I was unaware of his paintings.   One of my favourite painters is Vasily Kandinsky, and I didn’t know he was also an accomplished poet.  Luckily, two articles side by side in today’s Hyperallergic set me straight.

“the recent monograph of Kerouac’s never-before-seen paintings sparked something inside of me that evoked my teenage discovery of poetry and language, and of a Paris I had — and would — never know.”

“Accompanying the exhibition Kerouac. Beat Painting (December 3, 2017–April 22, 2018) at the Museo MA*GA in Gallarate, Italy, the catalogue presents a collection of essays and images addressing Kerouac’s life as an artist, not of the pen but of the brush.”

“At first glance, the paintings look like yet another example of Jackson Pollock-esque Expressionism. (Pollock and Kerouac were contemporaries.) But, the more you look at the paintings, the more you study their poiesis, their emphasis on abstraction as a means of representing an emotion or a feeling, the more you’ll notice how unique they are — the more you’ll see how their themes intersect with those in his writings. Museum Director Sandrina Bandera writes in the catalogue that the paintings “reconstruct a narrative in which the written works and the forays into figurative art would perfectly coincide: different aspects of the same poetic journey.”

In another article, Douglas Messerli discusses Kandinsky’s use of colour in his prose poems. From an early work, Seeing …

Blue, Blue rose up, rose up, and fell.
Spiky, Thin whistled and tried to barge its way in, but
didn’t get through.
On every corner there was a din.
Fat Brown got caught, apparently for all eternity.

… through his late Dadaist language plays such as Open:

So interesting to get this pairing of articles, these pairings of media, together. 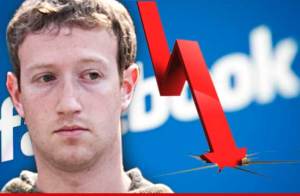 “Facebook  has been secretly paying people to install a “Facebook Research” VPN that lets the company suck in all of a user’s phone and web activity, similar to Facebook’s Onavo Protect app that Apple banned in June and that was removed in August. Facebook sidesteps the App Store and rewards teenagers and adults to download the Research app and give it root access to network traffic in what may be a violation of Apple policy so the social network can decrypt and analyze their phone activity, a TechCrunch investigation confirms …

Since 2016, Facebook has been paying users ages 13 to 35 up to $20 per month plus referral fees to sell their privacy by installing the iOS or Android “Facebook Research” app … The program is administered through beta testing services Applause, BetaBound and uTest to cloak Facebook’s involvement ,,, For kids short on cash, the payments could coerce them to sell their privacy to Facebook.”

Seven hours after this story was published, Facebook told TechCrunch it would shut down the iOS version of its Research app in the wake of the report.