Changes on The Drive #88

It has been a weird week for weather, with terrific rainfalls and spring-like temperatures. I managed to dodge most of the raindrops doing the walk yesterday morning.

The storefront at 2240 Commercial is still vacant, but there is at least a notice that Pet Pantry will be opening soon. 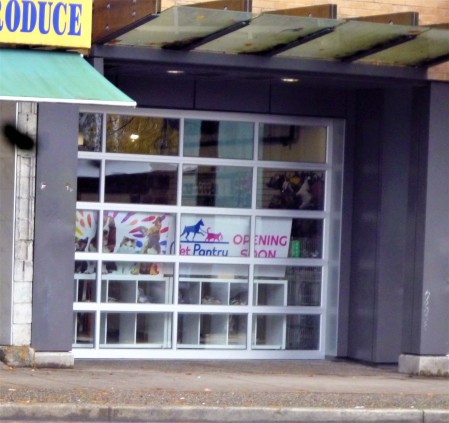 The new-ish storefront at 2082 Commercial is also still vacant, but is now signed to be La Pacche Pizza soon. 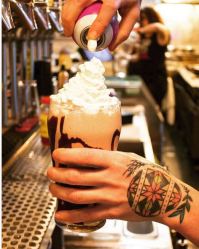 Both the Cannibal Cafe at 1818 Commercial and the Storm Crow Tavern at 1305 Commercial get rave reviews for their boozy milkshakes of all things!

As foreshadowed last month, Escents at 1744 Commercial has closed and the space is vacant. The shop had been open on the Drive for almost two decades.

At 1714 Commercial, Mintage gets a great review (“one of the best places you’ll find vintage clothing in East Vancouver”) in a list of the best thrift stores in the city.

The new-to-be bakery in Il Mercarto continues to scream from posters that it is opening soon but, from cracks in the paper that cover the windows, it looks like they are still down to the concrete inside.

Also at Il Mercato, the Tim Hortons has been closed for a week or so while it gets a full-on renovation.  The counterspace seems to have stayed in the same place, but the seating has been rearranged and all the back splashes have been replaced. 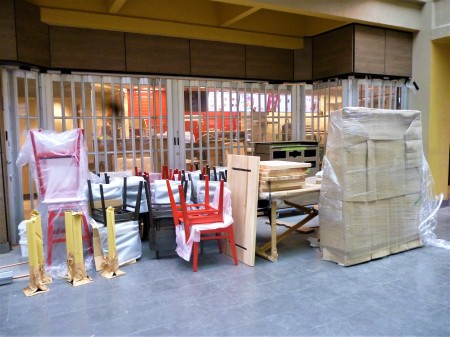 The Libra Room at 1608 Commercial gets a good call out in The Daily Hive as “the only place in Vancouver where you’ll find live music seven nights a week.”

The christmas trees have arrived at Home Hardware on the corner of Commercial & Graveley, filling the air with their festival aroma. I look forward to that every year.

Sopra Sotto at 1510 Commercial gets an interesting review of its charcuterie offerings in Vancouver Weekly.

The storefront at 1303 Commercial has been listed as vacant for almost two years. The owner told me a long time ago that they were looking for an arts-based renter. For much of the past year, the space has been used by a friend of the owner to store some items. Now it seems to have been cleaned up, though barely filled, and there is a sign for Canucks Auctions.

As suggested a couple of months ago (in Changes #86), Dandelion Kids at 1206 Commercial has now closed and the space is vacant.

As mentioned last month, My Sister’s Closet has taken over the REACH storefront at 1151 Commercial.  I think it is a short-run thing, so we’ll have to see what happen after Christmas.

The renovation at Joe’s Grill at 952 Commercial is obviously more extensive than originally thought as they are still not open.

The thoroughly dependable, rarely mentioned, and definitely non-trendy Sunrise Pizza & Steak House at 949 Commercial gets a good review in an article on late-night pizza joints.

Kin Kao, at 903 Commercial, gets a good review in the Daily Hive’s list of the best Thai noodle houses. 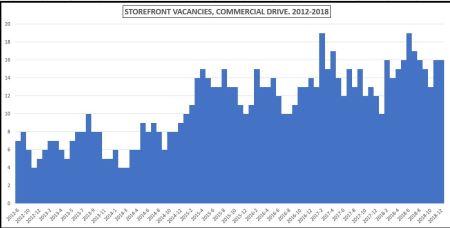 For those interested in the future of retail, here is an interesting article about how certain large corporations who make much of their living from impulse buyers are hoping to deal with the growth of online shopping.

Previous editions of the Changes.

This entry was posted on Saturday, December 1st, 2018 at 7:00 am and is filed under Changes (monthly series), Other Writings. You can follow any responses to this entry through the RSS 2.0 feed. You can leave a response, or trackback from your own site.