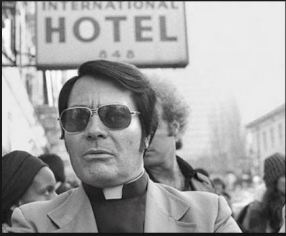 Forty years ago today, in the jungles of Guyana, an extraordinary event took place: the mass suicide (along with some murders) of more than 900 followers of the Reverend James Jones. Almost all the victims were Americans, voluntarily drawn somehow into Jones’ mix of mysticism and socialism, drawn somehow to follow him, mostly willingly, even over the cliff of death into “revolutionary suicide.”

More than half the Jonestown population were women, many with infant children whom they obediently fed kool-aid and cyanide on that last day, forty years ago today.

Cyanide takes a few minutes to kill and it is not a pleasant way to go. But if you are ever tempted to romanticize these deaths, perhaps it is best to remember the radical brainwashing needed to bring hundreds of mothers to the extremes of mass murder and suicide.

Jones joined the “revolutionary suicide” with a bullet to the brain, his ideas forgotten, his death glorified as a gratuitous cult. Guns and knives did for several more about whim no-one speaks.  Not many survived, not many at all.  The people fade into the background, but the event remains.

This entry was posted on Sunday, November 18th, 2018 at 10:38 am and is filed under History, Moments & Celebrations, Religion. You can follow any responses to this entry through the RSS 2.0 feed. You can leave a response, or trackback from your own site.