Grandview’s own Michael Kluckner, watercolorist, author, and heritage expert, is having his first exhibition in Vancouver since 2006. The exhibition will include watercolours, oils, and drawings “mainly about Vancouver”.

The show is at the VanDusen Gallery Gallery on Oak Street, between April 29th and May 27th. Admission is free. An opening reception will be on Saturday 29th April from 2:30 to 5:30pm.

Michael is also streaming a complete virtual show at his website. 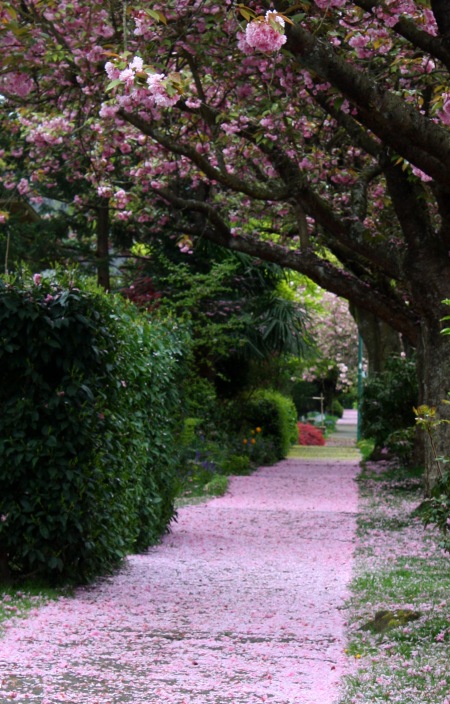 Last night I attended the latest in the Britannia Renewal Speakers’ Series. This was a presentation on the unique role of the public library in building community given by Asa Kachan, CEO of the Halifax Library system. There were perhaps just three dozen in the audience. She was an excellent speaker and deserved more.

Halifax has recently opened a new Central Library. It was this space — and the process by which it was designed — that was the central feature of the presentation.  The previous building, a 1950s slab, was no longer relevant or attractive to the current generation; the new building is entirely different. The concepts and design ideas were developed during an active and extended community engagement phase, primarily using World Cafe methods.

As a meaningful symbol of the engagement of the local community, the library handed out 400 pairs of scissors to residents to cut the ribbon in opening day.

Ms. Kachan repeated often that a modern library needs to be both “purposeful and surprising;” that the purpose of libraries and other public spaces is to “change the quality of people’s lives.”  The Halifax Library has been designed to be open and participatory, with flexible spaces that many groups and individuals can self-curate.  As she stressed, if you build good spaces, people will use them imaginatively.

The speaker also emphasised that the community engagement process does not end with the construction project. The same importance of public input continues into ongoing operations and programming.

It was an inspiring presentation in which she stressed that the library is for the people not the librarians, giving examples of how a library can make a significant difference to an individual. She noted that Halifax is a welcoming open library for the homeless and others without other access to technology. There is a new encouragement to include food with library activities and to make the library part of a food security network.

Throughout Ms. Kachan’s presentation — and especially in the Q&A within which a wide range of library-use topics were discussed — I got the sense that she would like to add even more of the social services and community components that already form part of the Britannia continuum. In turn, Halifax’s experience is one we should keep closely in mind as we develop the Britannia library as part of the renewed Centre.