Now, when people choose to chuckle about my anarchism, I just have to point out that their precious multi-billion dollar democracy has just raised a fascistic, female-abusing, racist con artist to the position of emperor of the world AND allowed his buddies to continue running both the House and the Senate.

Steve Winwood has been one of my favourite musicians since back in the Spencer Davis days. This is a wonderful acoustic version of the Blind Faith hit.

Usually when I write about Salsbury Park, it is because something happened there. But today was just a day to enjoy the quietness of it all.

We have been given today a wonderfully warm and sunny day. Stretched out as we are between two massive rain systems, one just past and another to arrive tomorrow, we deserve this day of rest and warmth. And that was what I was celebrating today — no rooks or squirrels, or dogs or slack-liners — just a peaceful quiet noontime in the dappled light beneath the trees of my favourite park. 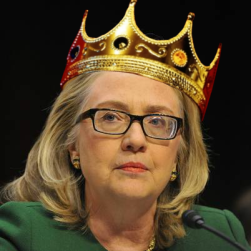 Election Day USA. This morning, I am certain that the majority of voters will go for the corrupted politician over the corrupt and corrupting businessman. I too would vote for Clinton over Trump (if I voted) but that doesn’t make me feel any better about the result.

Neither one will help the poor, and neither one will stay away from foreign entanglements (though perhaps following different motivations); neither one will solve the issue of finance reform (maybe neither will even try), and both will put business above the people when push comes to shove. Trump will ignore climate change while Clinton may mouth progressive words on the issue, but there will be no difference in actual enacted policy between the two.

I am pleased that America will get a female President — it is about time — but that won’t mean much on the streets except perhaps to maintain Roe v Wade (which has, I need to point out, proven all but useless for women in many States who still cannot make their own choices 43 years after the ruling.)  I would have been more pleased with a different more dynamically progressive woman but the American system didn’t give us that choice.

I doubt that Trump will win, but if he were to squeak through by a narrow margin, that would not greatly surprise me. My own Kansas stepson is voting Trump because he is scared of losing his guns — even after 8 years of Obama NOT seizing them. Trump found a populist chord that will entitle him to tens of millions of votes today — and not just in Kansas — but in the end that won’t be enough. It will be the Eisenhower Republicans and disgusted Hispanics who will push Clinton into the winning seat.