REACH For The Future

Yesterday afternoon, I attended the public meeting that had been promised by the Board of the REACH Medical and Dental service — and what a humdinger it was!

The public information session, just a few weeks before the organisation’s AGM, was supposed to settle some of the serious questions and rumours circulating in the community about the future of REACH, Grandview’s historic and unique medical facility.

About 50 people from the community were gathered, many drawn by having received unexpected letters saying their REACH doctor had resigned, leaving the member and family without a doctor and without further information. They have been aware of tension within the clinic, and the strain it has taken on some of the doctors. REACH’s salaried teams practice the old take-whatever-time-is-needed-to-solve-the-problem philosophy, and members with several decades’ history with the organization are concerned about changes that may occur in the level of this superior service.

All of this is exacerbated by occurring during major renovations to the facility on the Drive and the consequent displacement of service.

The Board hired a facilitator for the meeting; and it was clear from their agenda (three presentations followed by table-group discussions) that they had a workshop type meeting in mind. That was never going to stand. The members believed they had been invited to an information session, and direct answers were what they wanted, not more chat around tables.

Several times the facilitator and REACH management tried to get the meeting back into the shape they wanted it, but the meeting would have none of it. With jargon-filled definitions clashing against calls for openness and understandable talk, the managers were forced to give in. The meeting then continued as a straightforward Q & A session with the audience eager both to ask questions and to hear honest replies — which were not always what they thought they got.

Matters became heated at times, and often enough the offer to ask a question instead elicited a long comment or concern or personal anecdote. But this is what the community needed to do.

In the end perhaps there was a lot more light than there had been before.

The primary change to the current model that the executive want to impose is the opening of a fee-for-service Family Practice and Drop-In Clinic. This is what will be offered to new members wanting to join REACH.  It will more or less be like going to any other clinic on the Drive. If new people join who have the requisite degree of medical/social complexity they will, I assume (though I wasn’t clear) be added to the old-time REACH full-service lists.

This plan was not a popular one among those attending the meeting. Even though it was denied several times, and forcefully, there was a residue of suspicion that current members who are not “complex” will eventually be shoved out to the new service.

More interesting to me was the strength of opinion on the nature of fee-for-service medicine when compared to the traditional family practitioner model of REACH. Not a single speaker from the audience could find anything positive to say about fee-for-service. They want the present system to stay. Not just that, the loudest applause of the night came on a suggestion that the REACH model be expanded to other communities.

The REACH AGM is on 21st September. It is obviously an important year to be involved. However, in order to vote at the AGM you have to join REACH by 19th August!!

It was a wonderfully raucous meeting — Grandview at its activist best! 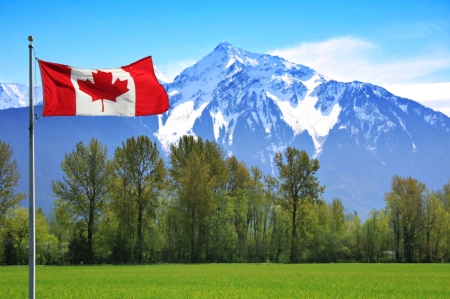 Thirty years ago today, I spent what I remember as a muggy afternoon wearing a collar and tie and a jacket. I sang “O Canada“, swore pledges to the Queen, and in return I was given the extraordinary privilege of Canadian citizenship.

It remains one of the most moving and important events of my life.

Night Music: The Way We Were