One of the few benefits of being so unwell in February and March this year was that I didn’t want to do much of anything, and so to fill the time I went back to my old habit of reading voraciously. And since the spring chills finally disappeared, I have kept up the renewed habit.

I have managed to get through a new Ian Rankin (“Even Dogs In the Wild”), John Irving’s recent and magnificent “Avenue of Mysteries“, the second volume of the Ranson Riggs “Miss Peregrine” series, Naomi Klein’s “This Changes Everything“, a strangely compelling history of life in the 19th century royal household by Kate Hubbard called “Serving Victoria“, and I have re-read the exquisite Terry Southern short stories collected in “Red Dirt Marijuana and Other Tastes” that I hadn’t read since the late 1960s. I am about to begin a huge tome by Franklin Rosemont called “Joe Hill: The IWW and the making of a revolutionary workingclass counterculture.”

My first thought was to review all the books I have read, but I don’t think I’ll do that, at least not in detail. Here are some snippets of opinions.

The Rankin was a little disappointing, though competently written as usual, and I was bored with it by the end.

Irving’s “Avenue of Mysteries” is perhaps the finest novel of his that I have read — and I was already a huge Irving fan, having read all but two of his considerable ouevre. It is an unabashedly complicated tale, moving backwards and forwards in time, about an elderly novelist who travels to the Philippines to honour a promise made to someone in his youth in the wastelands of Mexico. There are many comic sections in the book, as is usual with his novels, but this was the first time I realised his immense skill at slapstick (Diego’s arrival at the hotel in Makati, the business with the gringo in the bathtub, Dolores’ collapsing shower). There are very few answers to the mysteries in this beautifully composed novel, and that is how it should be.  Thoroughly recommended.

I have earlier written my praise of Ranson Rigg’s first novel about Miss Peregrine’s Peculiar Children, and this second novel (“Hollow City“) did not disappoint. However, I began this one knowing it was a book for young adults and so the charm may have been different this time.

Naomi Klein’s “This Changes Everything” is simply a vital read for anyone concerned about our economic and environment future.  Earlier, I mentioned it in connection with a take-down of technological imperatives, and Bill Gates in particular.

Kate Hubbard’s fascinating history of Victorian royal service is structured as a series of biographies of senior household members, running chronologically through the reign. There is just enough political background to place court events in a wider perspective, and I learned a great deal from this excellent study.

I read Terry (“Magic Christian”, “Candy”, “Dr Strangelove”, “Easy Rider”) Southern’s collection “Red Dirt Marijuana” at the end of the 1960s in a central London library. I thought it was magical then, and my re-reading some 47 years later confirms my view that he was a most under-rated writer, especially of short pieces. His ability to catch the nuances of accented speech of another place and time is quite extraordinary.  Well worth the read if you haven’t read him before

To All Those Celebrating 420 Today …. 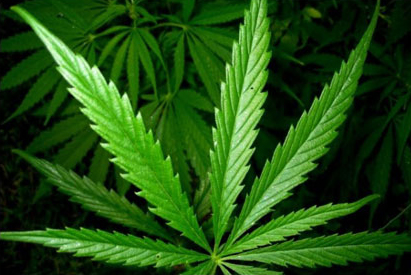