Pressure to change our electoral system from first-past-the-post to proportional representation grows immediately after each election. And it easy to see why those with a hierarchical bent complain.

Those in favour of proportional representation argue that the number of seats in the Federal parliament should be, more or less, equal to the proportion of votes received. The results under such a system would have been as follows:

So long as one is not opposed to coalitions (which I certainly am not), these results — which could be repeated for all the elections  we have had — seem to cry out for proportional representation to make the system “fair”.  But wait. There is no such thing as a free lunch, so what are giving up to create “fairness” in a Federal parliament?

What we give up — and the key reason I oppose PR — is the right to choose our own local representative. And here’s why.  Under a Federal PR system, each party (party not electors) creates a list of 338 candidates (one for each available seat), numbered from 1 to 338.  When the votes are cast as in 2015, the top 40% of the Liberal list are declared elected, along with the top 32% of the Tory list, the top 20% of the NDP list, and the top 3.4% of the Green list.  Note that none — repeat NONE — of these candidates is attached to a riding.

It is probable that regional (or provincial) lists would be part of any PR system chosen. In other words, my vote in Vancouver East would be combined with all similar votes in the region or province, and seats are then allocated on the basis of the parties’ regional or provincial lists.  Still, once again, there is no local representation.

This is OK only if you believe the abstract Federal level is the most important. However, if you believe like me that true democracy is being able to choose the actual person you want to represent your neighbourhood, then your rights are stripped completely away by PR. Thus I oppose it.

The creation of party lists takes power away from the individual voter and puts it ALL into the hands of party executives; their friends and cronies will always appear at the top of the lists, and the risk of corruption (say, getting a high number on the list due to one’s wealth rather than one’s desire for public service or ability) will always be just around the corner. Thus I oppose it.

I believe that the first-past-the-post system (with all its faults) more closely matches local opinion to representation. I also believe that many of the issues with the current system would be resolved or mitigated by introducing a preferential voting system. In other words, no-one can be elected without achieving 50% of the vote in the riding. This would be achieved by allowing voters to label candidates with first and second preferences.  If a majority is not reached on a first ballot, the lowest vote getter is eliminated and his/her second choices are distributed. This continues until one candidate reached 50%+1.

So, let’s amend the current system to fix errors, but keep the fully local basis of election,

Don’t Cry For Me, Argentina

Today is the fortieth anniversary of the military coup that brought the generals and admirals to power. The coup, to overthrow Isobel Peron, was supported — perhaps even aided — by the United States. Over the next decade, thousands of Argentinians were “disappeared”, tortured, and killed. The trauma has lasted until today.

US President Obama is visiting Argentina today. One could hope that he would speak out and condemn the US’s disastrous and inhuman history in the region — but I won’t hold my breath.

It is Holi Day 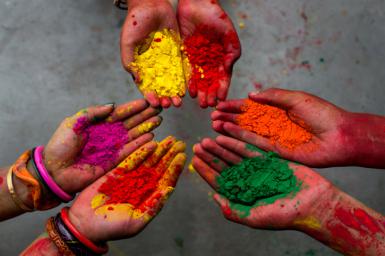