Image: Light At The End Of The Path

Fire On The Drive

There was quite a fire on the Drive early this morning.  I was up watching cricket at about two when twitter started mentioning a fire.  It quickly became clear it was the apartment building at the southwest corner of Commercial & Kitchener, where an old friend lives. 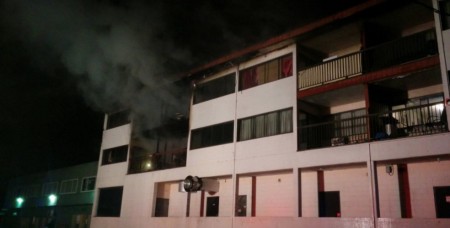 As the night went on, it seemed to be more of a smoke event than a raging fire; however, today we learn that twenty people are now homeless due to fire and water damage including, presumably, our friend.

There is a lot of retail on the ground floor and I wonder how they have been affected?  I’ll check tomorrow and report in the next Changes on The Drive column on Friday. 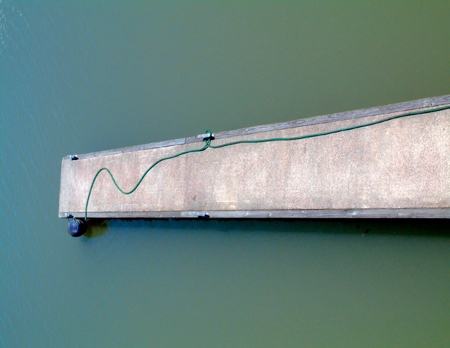 Imagination Is Not Dead!

I have worried for a while that with toys these days being more processed, electronicized, commodified, and homogenous that young kids would lose their imaginations to the “attractions” of directed play. I thought this might be particularly true on the very day when most kids in Vancouver are smothered in piles of new toys. I am glad to be proved wrong.

Yesterday, the ever-loving and I went to Tom & Jerry’s on Hastings for Christmas dinner. The food and service were great, and herself could have calamari & salad instead of turkey. This is not to mention the complete avoidance of prep or clean up.

However, the food is not what I am here to report. Tom & Jerry’s (or perhaps it is now Moulin Rouge) has a small dance floor in the middle of the space, along with disco lights that spray a random and moving selection of coloured patterns across the floor.  I haven’t seen such a thing for decades.

The restaurant became quite busy, mostly with families with children, Two of these children — separated in time by about twenty minutes, and perhaps 7 or 8 years old — became absolutely transfixed by the coloured lights moving across the floor, the source of which was quite unknown to them.  Both kids had grand times trying to stamp on some of the lights as they moved, like a whack-a-mole game. They laughed and shrieked and had a fine time entertaining themselves and many of us watching.

The sheer pleasure they got from a simple experience was a wonder to behold. No plastic, no programming, no cost — just fun.

The greatest song ever recorded about Christmas Eve.

Today is the 150th birthday of the original Ku Klux Klan. It was founded by six former soldiers of the Confederate Army in Pulaski, Tennessee.  The group had some success (in their terms), using violence and assassinations, against the carpetbagger regimes of the Reconstruction Era.  However, the group had largely disappeared by the 1870s. 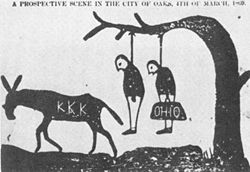 The second rising of the Klan was inspired by D.W. Griffiths’ 1915 movie, “Birth of a Nation” which glorified the work of the original Klan.

This second Klan was anti-Catholic, anti-Jewish, anti-immigration, and, of course, anti-black.  It quickly developed a membership in the millions (including a branch in Saskatchewan) but had faded away by the early 1940s.

The current Klan, was revived in the 1950s as a direct response to the Civil Rights movement. The FBI estimates a current membership of about 5,000 very sick individuals.  The Klan is now essential a neo-Nazi organization and they should reasonably be called terrorists.

The Proper Home For Capitalism

I was working this morning on the 1909 Vancouver City Directory when I came across the following listing:

A capitalist at the sign of the anti-Christ.  How appropriate!

History and Heritage, Other Writings |

Because they are censorious philistines: 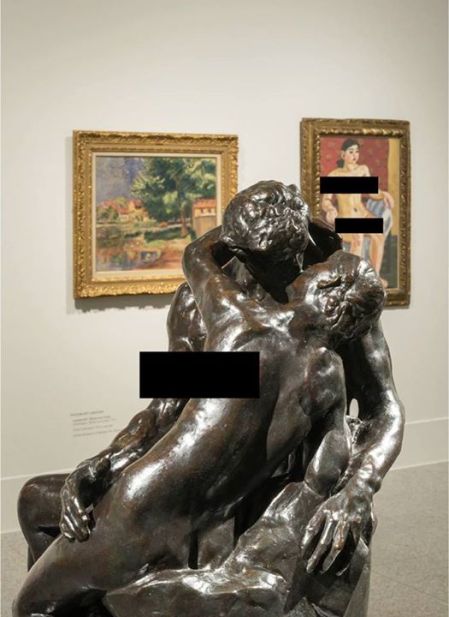 It Is The Winter Solstice

Image: And The Trees Danced

Poem: Are We There Yet?

feeling hot and sweaty and

ridiculous in a suit

— its sole function to establish my

bona fides with the customs officer —

I emerge from an infinitely long

in even the most ordinary