Robertson & His Divine Right To Rule 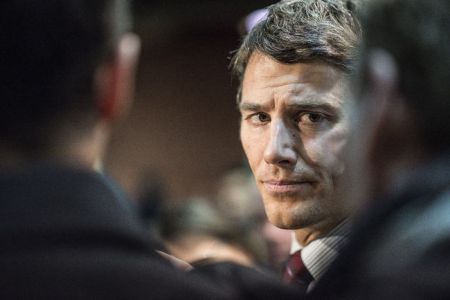 A day or so ago, the Province newspaper published an editorial that just creamed Gregor Robertson and his Vision Vancouver machine. It pointed out that Vision and Robertson’s refusal to debate the issues:

” demonstrates, as is too often the case with Vision, real arrogance that voters should really think about.

[The NPA’s] LaPointe [along with many other candidates] is raising issues that many Vancouverites are concerned about — the appalling traffic, secrecy at city hall, the lack of real public consultation in city planning and Vision’s focus on issues outside the city’s mandate. He may not have detailed solutions yet to all those issues, but Robertson either has none, doesn’t care or is the source of the problems. Democracy thrives on new ideas and new people; Robertson sounds like he believes he has some divine right to rule. The mayor should stop attacking LaPointe’s resume and start debating the issues.”

Of course they won’t take this advice because they know that any genuine review of Vision’s six years in power will clearly illustrate the failures that have made Vancouver so unaffordable and so much less of a happy and livable city than it used to be.