I’m MADD About This

Very long-time readers might remember that one of my real passions is to rid the world of drinking and driving.  Everyone is now well aware of the dangers it causes and so, in my opinion, there should be zero tolerance: anyone guilty of driving after any amount of alcohol is deliberately putting everyone else at risk and knows it. This is not the Nanny State talking, this is basic respect for the safety of others.

I have been very impressed with the TV ads this season for #TAXI, an app designed for drinkers that puts then in touch with the first available taxi in their city via their mobile phone.  Great idea and a great service. I am equally impressed with this wonderful visual put out by Fiat Brazil.  I have translated the Portuguese text: 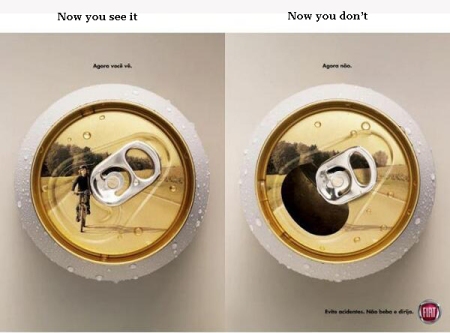 First Pizza of the Year!

Made my first pizza of the year tonight and, all modesty aside, it was cracking!  Very thin crust (home-made, of course), with tomato sauce, Canadian bacon, tomatoes, a mix of pickled and fresh peppers, fresh basil and bocconcini.  Mmmmm mmmm.

In case anyone thought I might have been pulling my punches last year when it comes to the ruling party in Vancouver, the turn of the clock into an election year should clear away any such misapprehensions.  And we can start this new year by revisiting a story that already annoyed us a few months back.  Bob Mackin in the Courier has re-opened the sore that is Talk Vancouver.

Mackin’s main pitch is the disgraceful way in which Vision Critical (name apparently just a coincidence!) were handed the contract without other companies, such as Vancouver’s own PlaceSpeak, even being allowed to bid.

An open, public call normally happens for city contracts worth $75,000 and up. The price for the two-year Vision Critical contract is $152,080 … Vision Critical was the only company named in senior public engagement adviser Tracy Vaughan’s March 13 Value Proposition on Community ePanels report, obtained via Freedom of Information.

On March 14, [Angus] Reid [of Vision Critical] emailed Vaughan and copied Robertson, chief of staff Mike Magee and Vision Vancouver Coun. Andrea Reimer, who is the liaison to the Mayor’s Engaged City Task Force. He also sent Robertson a formal April 8 letter promoting Vision Critical and a handwritten note on April 12 to Robertson that said: “Gregor, Great to chat, let’s get together soon. I understand that you, Mike and Andrea can come here to meet and do a tour. See you then. Best, Angus.”

The tour happened May 7. On June 10, city hall amended its Sept. 1, 2012 professional services agreement with Vision Critical, to use the company’s proprietary Sparq community engagement software for two years with an option for a third.”

We can compare this process to, say, Toronto — a city we all love to laugh at with the Ford shenanigans — where a completely open process is currently underway for similar software.  In this case, it is Vancouver which is the sad-sack laughing stock of the pair.

What’s more, Talk Vancouver is a vacuous piece of software designed, it seems, to collect data for use in the next municipal election.If ever (God forbid!) we needed another example of how the Vision Vancouver majority is selling out our City to its friends and supporters, the Talk Vancouver affair would definitely qualify.

Select image for a better view.  Note that the coloured bands and the distortion in the darker layers are entirely a function of the reflecting surface, not the photograph.