I am extraordinarily proud of being Canadian, but I’m so glad still to be British, too, because only Brits could come up with a sport like Extreme Ironing! 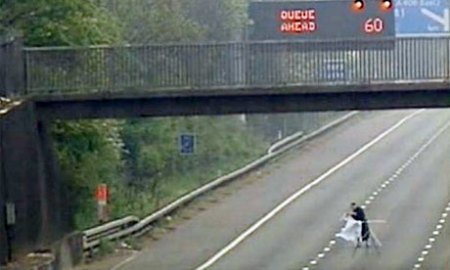 Here, a man irons a shirt on a motorway

“Described as “the latest danger sport that combines the thrills of an extreme outdoor activity with the satisfaction of a well-pressed shirt”, extreme ironing fittingly has its roots in Leicester, served by the M1.  Phil Shaw, who has written the definitive book on the sport, is oft credited with inventing it in 1997, and since then instances have sprung up across the globe.  Last year the travel website Gadling.com compiled the 10 best ironing stunts from around the world, featuring two separate instances of ironing on canoes and a particularly daring attempt to press a shirt while skydiving.”

We may have given up most of the Empire of nations, but we still rule the roost when it comes to serious silliness!