Transportation In The Lower Mainland

I can’t think of the last time I used a blog post simply to point to another blog, but if you have any interest in transportation policy that affects Vancouver and the Lower Mainland, it is impossible to miss Stephen Ree’s blog.  I don’t always agree with everything written, of course, but everything that is written is composed carefully and with a keen understanding of the issues involved.  Don’t miss it!

And The Trees Danced

“And The Trees Danced“

It Walks The Walk and Talks The Talk

So-called wearable computing has generally been contained within university labs, but now it is stepping smartly to the front of the cat walk.  London-based fashion company CuteCircuit has launched a little black dress that is also a mobile phone. 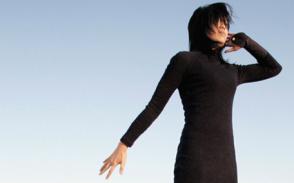 The garment, branded the M-Dress, lets wearers make and receive calls by slipping their sim card under the label, allowing them to keep their usual numbers.  Gesture recognition software allows users to pick up a call by raising their hand to their ear and end a conversation by letting it fall to their side.  The M-Dress, designed by the London-based fashion company CuteCircuit, will ring when an incoming call is received and different ringtones can be assigned to different numbers …

The dress is described as being made of “a dark, richly textured, form-fitting silk jersey” and will be released in 2011. Its price remains undisclosed. The antenna, described as “super-tiny”, is stitched into the bottom hem of the dress, which rests at about knee-height, to reduce the amount of radiation that the wearer is exposed to.

A message on the CuteCircuit website said: “Very often phone calls are missed because mobile phones are quite awkward to carry, especially for women, that have garments with small or no pockets. “To allow women to stay connected while remaining stylish, CuteCircuit designed the M- Dress. A mobile phone in its own right but built out of soft circuitry.”

In the old days it was only spies and FBI agents who talked into their wrists.  Now, anyone can do it — at least if you have the fashion sense to wear a little black dress, that is.

From The Independent in London.