In 1936, Camel cigarettes issued the following ad for Thanksgiving: 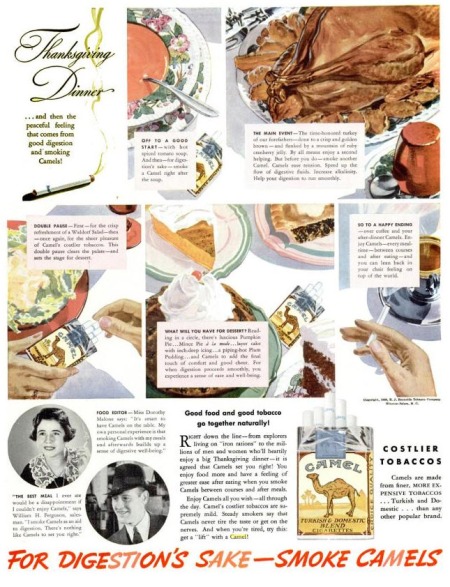 I hope you can read it.  Smoking between courses is the healthy thing to do it declares.  “Smoke a camel right after the soup,” it says. “For digestion’s sake … You enjoy food more and have a feeling of greater ease after eating when you smoke Camels between courses.”

I started smoking early and was already a confirmed smoker by the time I started to attend dinners with my father’s American businessmen friends.  However, it was still a shock to me back then (perhaps 1966) when they lit up cigarettes between courses.  I remember then doing it with my friends and explaining that it was just the chic thing to do.  Such dupes we all were!