Shaken By The Salt 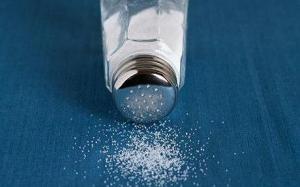 I like food.  A lot.  I like eating it, and I love cooking it.  But I find it really difficult to suggest that one kind of diet is better than another.  You want a high-fat diet — go for it.   You want vegan — great!  I happen to eat just about anything, and that’s good too.  Everyone should make their own choices.  But there are some things that are taken out of our hands, unless you are willing to cook everything from scratch.  And the amount of sodium in processed foods is one of them.

We Canadians live in this little bubble of self-esteem that assumes that, as a country, we nearly always do “the right thing”.  Therefore, it is more than disturbing to read in the Globe & Mail:

… and that this sort of difference is general across the range of food categories.  Worse, apparently we — the consumers — are the only ones to blame:

“Consumers will simply not compromise on taste,” Catherine O’Brien, director of corporate affairs at Nestlé Canada Inc.,  said. “Therefore, [taste] must be a priority alongside improved health.”

Where would we be if we had accepted this kind of logic from the cigarette manufacturers?  Regular readers will know that I am not a supporter of government intervention in our lives.  However, so long as we have this patronising system, isn’t one of their jobs supposed to be to protect consumers from this kind of profit-above-all marketing?

This entry was posted on Sunday, November 22nd, 2009 at 9:49 am and is filed under Food. You can follow any responses to this entry through the RSS 2.0 feed. You can leave a response, or trackback from your own site.