The War Against Nipples

What a weird culture we live here in North America.  So much advertising is about, or uses, sex as a sales strategy — which in simple terms means good looking women wearing few clothes and preferably with a deep and well-rounded cleavage;  women’s breasts are to modern marketing what “god” is to religions.  And yet, at the merest suggestion of a nipple, the cultural warriors ride in on their chargers screaming about pornography and obscenity.

These musings were inspired by a Time magazine article entitled “Facebook’s War On Nipples“.   It appears that everyone’s favourite social networking empire has decreed that any image displaying part or all of a female nipple is prima facie obscene.  It has arbitrarily removed a lot of pictures — to the loud chagrin of some well-organised groups.   Not the least of these organizations is the Facebook group called “Hey Facebook, breastfeeding is not obscene!” which had 85,000 members by year’s end and arranged the simultaneous uploading of 11,000 breastfeeding images to Facebook last Saturday. 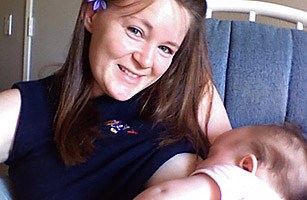 For me it is the simplest of issues:  Censorship is censorship and has to be challenged constantly and decisively.   I agree with Paul Rapoport, coordinator for the Topfree Equal Rights Association (TERA):  “[Facebook’s] policy clearly implies that visible nipples or areolas always make photos of women obscene. Facebook stigmatizes breast-feeding and demeans women.”

But the two cultural issues that fascinate me most are hypocrisy and self-reference.

The hypocrisy is implicit in my first paragraph:  We use sex everywhere to sell everything, and yet we wield a big stick if it goes “too far”.  One example was the ludicrous fine levied by the FCC because a Janet Jackson nipple may have been exposed for a fraction of a second on TV — only noticeable to a viewer who was already staring at her breasts at the exact time it happened.  The cultural hypocrisy was doubled in that case because for months afterward, it was hard to watch a TV show or read a magazine without seeing close-ups of the offending moment, sometimes with large red arrows in case we missed the point.

As for the self-referential nature of a Facebook group being used to hammer Facebook, it is so perfectly post-modern that I could weep.

Word On The Street #6 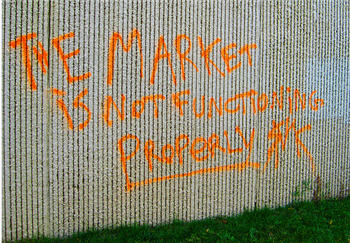 Give Us Today Our Daily Bread

In 1977 there was a long bread strike in England.  In some parts of the country one could pick up an expensive loaf from free-lance bakers; but I lived in a small town in Somerset and there was no alternative but to learn how to bake my own bread.  I remember the first few times being serious disasters with an inedible product, but I eventually got the hang of it.  Still, I was relieved when I could just pop down to the local store and get what I needed.

Fast forward thirty years.  We live on Commercial Drive in Vancouver, home to a number of bakeries that are well-known and popular across the city — Fratelli’s, Uprising, Strawberry, Aran Spelt, and Pane Vero to name just a few.  We’ve enjoyed bread from many of them over the years.  But a few months ago, my bride started to bake her own version of Tuscan bread;  most of the time we eat just that nowadays.  It tastes good and the process makes the whole house smell magnificent.

Last week I came across the world’s most simple bread recipe — flour, yeast, salt and water.  And best of all, no kneading is required!   A lazy man’s dream.  Last night I made the dough and this morning I cooked the loaf.   It is great — very crusty on the outside, soft and airy in the middle, and with a clean straightforward taste.  I’m pretty pleased with myself to be honest.

Thought For The Day

Keep Me Warm In the Snow Series: Pirates! 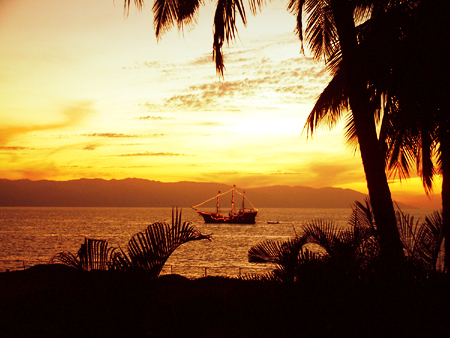 Both of us have been suffering badly from colds since we got back — flat on our back suffering — and making this image is therapy, a step away from reality.

Word On The Street #5 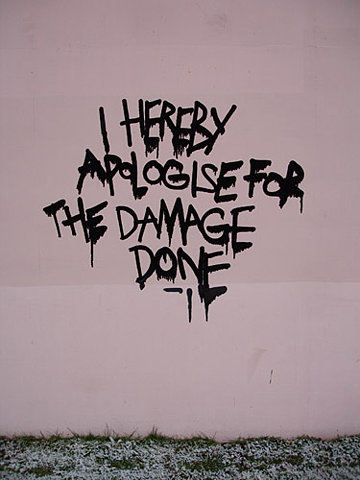 The VERY Rich Can Cool Their Heels

When we were in Mexico last week, I distinctly remember saying to myself that having hot sand between my toes was a serious problem.  And if I was rich enough, why should I have to waste time putting on flip-flops or sandals just to walk about — why not not just cool the entire beach instead?

Versace, the renowned fashion house, is to create the world’s first refrigerated beach so that hotel guests can walk comfortably across the sand on scorching days.   The beach will be next to the the new Palazzo Versace hotel which is being built in Dubai where summer temperatures average 40C and can reach 50C.  The beach will have a network of pipes beneath the sand containing a coolant that will absorb heat from the surface. The swimming pool will be refrigerated and there are also proposals to install giant blowers to waft a gentle breeze over the beach.

Of course, the whole thing comes with a carbon footprint that would give Al Gore palpitations.  But it is for the VERY rich, so why worry?

Soheil Abedian, founder and president of Palazzo Versace, said he believed it is possible to design a refrigerated beach and make it sustainable. “We will suck the heat out of the sand to keep it cool enough to lie on,” he said. “This is the kind of luxury that top people want” … The 10-storey hotel will have 213 rooms, several with their own internal swimming pools, plus 169 apartments …

Competition to serve the world’s rich is getting intense, especially in Dubai. The city already boasts the world’s first seven-star hotel, the Burj Al Arab, while Armani, a competitor with Versace, is building a similarly branded Dubai hotel. The refrigerated beach is designed to give Versace the edge in this battle of luxury lifestyles. 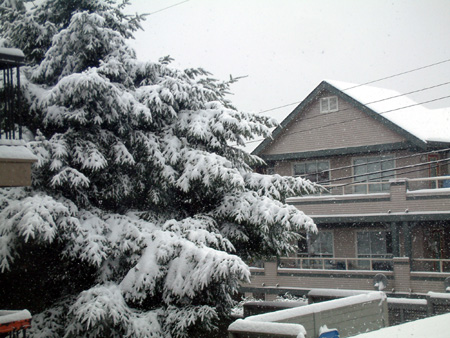 From Puerto Vallarta to Poor Visibility!

After a full afternoon, evening, and morning’s work, Thomas the plumber finally managed to unfreeze the system — and we have a working kitchen again.

Ah, for those strolls along the Malecon.

Keep Me Warm In The Snow Series: Hotel Rosita 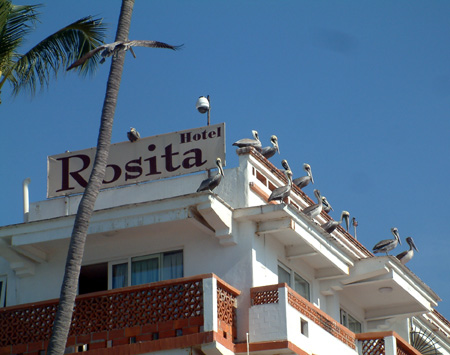 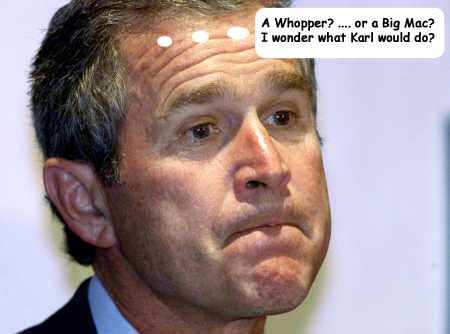 That’s it for this series. Goodbye, George. May you have a quiet and forgotten retirement.

A few hours ago we were at 31 degrees on the beach.  We have arrived at midnight to find Vancouver covered in snow, the temperature is about minus 10, the toilet seems to be frozen, the kitchen sinks are blocked, the cat hates us, and more snow is coming tomorrow night.

But that’s OK because we’re home! 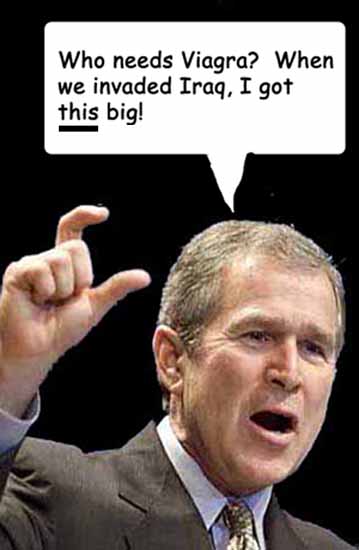