The Late, Great, and Wealthy 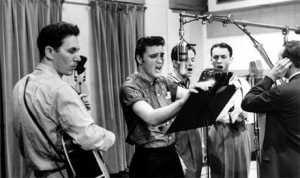 Last year Elvis Presley made $52 million.  That’s an increase on the $49 million he made the year before.  For a guy who’s been dead thirty years, he makes big bucks.  More than any other dead celebrity, in fact, according to Forbes.  The Colonel must be spinning with frustration in his grave because that’s a whole lot more money than the King made when he was alive!

By the way:  Do dead guys pay taxes? 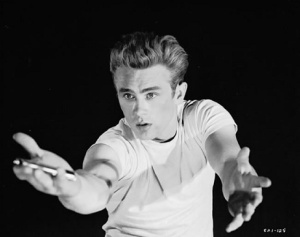 As an aside, the Forbes list reminds me of something that’s been bothering me for a while:  Who is it that’s pushing the memory and myth of James Dean?   Dean died in the middle 50s at a time when the very earliest boomers would not have been interested in him.  What we brought forward into the future was 60s nostalgia, not the 50s.  Obviously the punks, gen Xers, and millenials were even further removed from “Giant” and “East of Eden“.  So, is it the remainders of my parents’ generation who shell out the $5 million he made in 2007 (53 years after the fatal crash)?

I fully understand that images of James Dean stand for alienation and rebellion; and that these emotions and concepts have driven teenagers (especially) in every generation since World War 2 at least.  But couldn’t each generation have found their own alienated heroes to cherish and market?  How come he has resisted obsolescence?  Surely, no-one looking at his three movies today can genuinely suggest his wooden posturings match modern sensibilities.

Anyway, good for him and his.  I don’t understand the continued charm, but that’s just me.