This blog deliberately eschews politics.  I’ve been there, done that, and now I feel a whole lot better.  However, there are some mega-political issues that touch on what we do here: the current economic crisis, for example.  This opinion piece by “future thinker” David Houle suggests that the next stage of the crisis is a collapse of consumer spending; and this blog is definitely interested in consumerism as both culture and economics.

Consumer spending makes up two thirds of the GNP of the country. The past three decades has been a time of unparalleled consumption in the U.S. The size of houses grew, the number of cars per household grew.Tthere was an explosion of electronic goodies that filled every room, pocket and briefcase. Extravagance increased in household purchases, dining out and travel. This arc has fueled the American economy since the recession of the early 1980s. That arc is now going to lose its trajectory and a fundamental shift is about to occur. 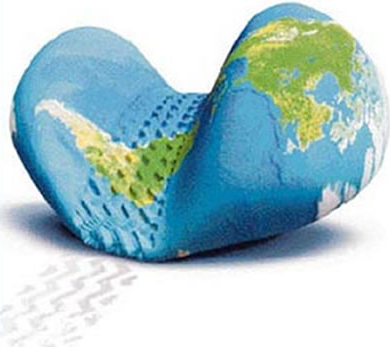 He then analyzes this coming shift as a function of each of the currently-consuming generations:

Those that are retired now fear that the golden retirement will be a silver or bronze one at best and there is nothing to be done but to spend less.

The largest generation, the Baby Boom generation, now feels as though they may never be able to retire. The greatest amount of personal wealth in America is controlled by those 50 and older and these people all feel suddenly poor and no longer have the secure faith in their financial future that the ever rising value of housing and stock provided. The reaction is to stop buying stuff …

To compound matters, the X and Y generations now see that if the baby boomers postpone retirement indefinitely, they may not move up the promotion ladder as fast as they had thought. This means they realize they can no longer spend on the assumption of increasing family incomes.

The Millennials that are now entering the workplace see this mess and realize that they can not trust the social institutions that the older generations did. They feel that they are being handed a bad deal, that the economy is not the booming one their parents showed them. This means they realize that they will need to be self sufficient economically, which is why a higher number of college graduates than ever before are desiring to be entrepreneurs so they can at least attempt to control their own destiny. Lavish spending is not in this picture.

A new social trend will begin. Thrift will replace extravagance. As small is the new big, thrift will be the new behavior, the smart and cool thing to do.

An interesting analysis with enough obvious truth to be worth reading.

Not Built For Comfort

In London this morning, there was an auction of Modern & Contemporary Design — furniture, sculpture and other doodads.

The 45 lots took about $2 million, almost half of which went for a single item:  ‘Orgone Stretch Lounge‘ by Marc Newsom.   This is a 6 foot long aluminium and enamel creation.  And, to be honest, I’d prefer the Alien Sofa and save myself almost a million bucks.