The Scythians and Global Warming

Discover has a piece on some archaeology that is fascinating on a couple of accounts.

First, it is about the Scythians, the mysterious mounted warriors from the East that early Greek historians despised (through fear) so much.   A multitude of Scythian graves have been found on the Central Asian plains, some of which have wonderful mummies and other artifacts preserved by ice over permafrost. 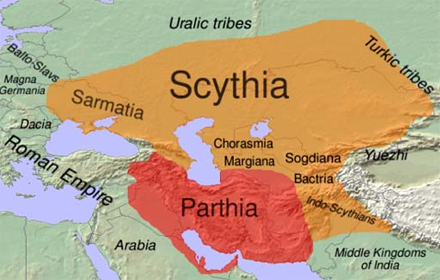 Second, it reveals yet another consequence of global climate change.  Scientists fear that the ice lenses preserving the remains may soon thaw, consigning the bodies to rot and decay.

Thought For The Day

“There are no foreign lands.  It is the traveler only who is foreign”