Night Music: No Woman No Cry

It is barely May but we got the most wonderful strawberries at Norman’s on the Drive today. They are large, juicy, and sweet; and I just had to make this strawberry cake. 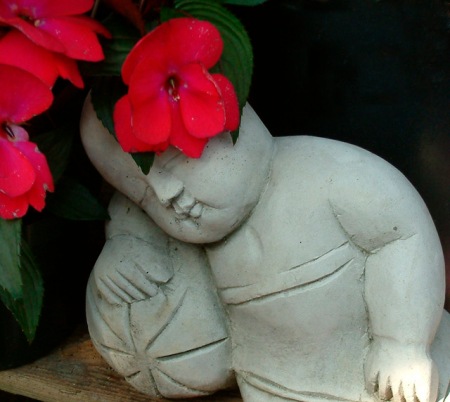 Night Music: Papa’s Got Your Bathwater On

Although the President’s Commission on Campus Violence equivocated and blamed both Guardsmen and students, it did finally conclude that “the indiscriminate firing of rifles into a crowd of students and the deaths that followed were unnecessary, unwarranted, and inexcusable.”

It was murder, pure and simple, though the US justice system refused to press charges against the Guardsmen.  After all, as Nixon himself said just a few days before the massacre, student protesters were just bums.

A week or so ago, the Vancouver School Board voted to end the participation of uniformed police officers in “school liaison” programs. It was a decision with which I thoroughly agree.

There was, as you might imagine, a Twitter storm about the decision, with many people complaining that these officers did the vital work of mentoring our children, often acting as coaches. It was, some said, a “disgusting” decision.

But none of these complainers asked themselves the question: why should police officers take up this role? What value do they have that, say, accountants or lawyers or nurses or plumbers or doctors don’t have in the role of mentors and coaches?

People may not like this, but the fact is that for many people, including our children, regardless of the other good work they may do, the police have become representatives of the negative armed and oppressive authorities in our society. Every week, our media is filled with stories of police officers killing unarmed civilians, or using massive state power to put down legitimate protest. In such a world, police liaison officers are nothing more than public relations practitioners.

I ask again: why cannot lawyers or doctors or electricians or shop managers or housewives be mentors without the negative connotations connected to police work?

Bravo to the VSB for this decision.

Image: And The Trees Danced 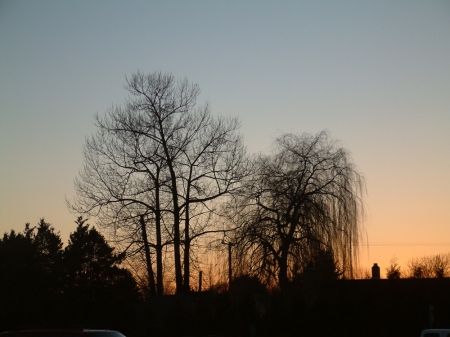 they circled the building on foot

as the rain pelted down

they mugged as tough guys

in the streaming glass

images bouncing from the curved edges

in the back lane they each had time

to be shy with themselves

to be quiet and to suck up

the third time round

soaked to the skin

they had had enough

headed for the door

she had on a false nose and a hat

he had a honey-blonde wig and a gun

the bank was silent

Night Music: I’ll Play The Blues For You

I wasn’t able to do my walk on Friday as I normally would; which turned out to be a good thing because today was just perfect for walking. The Drive and all its patios was alive with people enjoying themselves. Let us hope that the regulatory climate soon improves along with the weather so that more of the new places can open.

Poke Five, the restaurant at 2247 Commercial, has announced that it will be closing permanently later this spring. It opened in May of 2018.

The Harambe Ethiopian Restaurant at 2149 Commercial has a fine new patio, as does Giancarlo’s at 1865 Commercial. The latter was very popular at lunchtime today.

At 1752 Commercial, which used to be a Starbucks and is soon to be a Mexican restaurant, an entire orchestra was out having fun.

The always-wonderful Fratelli’s Bakery at 1795 Commercial gets a long spread in Daily Hive for its almost-25 years of service on the Drive.

Our second new business this month is the CraftMaison store at 1840 Commercial. It is now open (the image was taken earlier).

I believe the Dive-In Desserts at 1706 Commercial is closed. Happy to be proven wrong.

The nachos at Memphis Blues, 1342 Commercial, get a great rating.

Havana, 1212 Commercial, has been advertizing for a new Restaurant Manager.

What’s the story with Biercraft at 1191 Commercial? They are papered up as if closed, but their website is still saying they exist, and I thought they recently upgraded their patio.

The Kulinarya restaurant at 1124 Commercial has a new patio that was very popular today.

I still haven’t called Penelope’s at 1009 vacant, but it has been covid-closed now for a full year and more.

CityHallWatch had this to say about most recent commercial developments in Vancouver:

“The new occupants of the retail space mostly appear to be chain stores and medical clinics. In areas with a rich tapestry of local stores and services, is it only chain stores and medical clinics that compete for the new space? Could smaller storefronts, with narrow frontages (for example 25 feet or just a bit more) encourage a wider range of services and more appeal and variety of the street front? What are the effects of high ceilings on the ground floor — in terms of building costs, rent costs, look, feel and ambiance? Are business improvement associations (BIAs, which often speak up at Public Hearings to endorse rezoning and development applications) talking to their existing members to get input on what kinds of developments/buildings will help them survive and thrive? How can the City and developers ensure that small shops and businesses (traditional and startups both) survive and thrive when existing commercial sites are demolished and redeveloped? Or does the appearance of a development application sign in front of a building automatically and inevitably mean the death knell for those existing shops and businesses that add so much to the feel, culture and richness of — and love for — a neighbourhood? These are things for everyone to consider, not the least being our planners and elected officials.”

Image: Which Way Did They Go?

We rarely hear about plane hijackings these days; for a time there they were a bit of a fad.  But today is the 60th anniversary of the very first US hijacking.

On 1st May 1961, Puerto Rican Antuilo Ramierez Ortiz hijacked a National Airlines plane at pistol-point and ordered it to fly to Cuba where he received asylum. He started quite a craze.

International Day of the Worker

In most parts of the world, May 1st is recognized as the International Day of the Worker and we celebrate it as such. Labor Day in September is a North American tradition, encouraged by President Grover Cleveland so as to distance American labour from socialists and anarchists.

What Slums Can Teach Us

In Prospect Magazine Online, there was an insightful article about how modern urban planners are learning concepts and specific ideas from the squatter slums of India, Brazil and elsewhere.  This is the latest incarnation of the new urbanism that emerged in the 1970s.  This was originally written in 2010.  I wonder what changes covid-19 will bring to this scenario:

One billion people live in these cities and, according to the UN, this number will double in the next 25 years. There are thousands of them and their mainly young populations test out new ideas unfettered by law or tradition. Alleyways in squatter cities, for example, are a dense interplay of retail and services—one-chair barbershops and three-seat bars interspersed with the clothes racks and fruit tables. One proposal is to use these as a model for shopping areas. “Allow the informal sector to take over downtown areas after 6pm,” suggests Jaime Lerner, the former mayor of Curitiba, Brazil. “That will inject life into the city” …

The book’s optimism derived from its groundbreaking fieldwork: 37 case studies in slums worldwide. Instead of just compiling numbers and filtering them through theory, researchers hung out in the slums and talked to people. They came back with an unexpected observation: “Cities are so much more successful in promoting new forms of income generation, and it is so much cheaper to provide services in urban areas, that some experts have actually suggested that the only realistic poverty reduction strategy is to get as many people as possible to move to the city.” The magic of squatter cities is that they are improved steadily and gradually by their residents. To a planner’s eye, these cities look chaotic. I trained as a biologist and to my eye, they look organic. Squatter cities are also unexpectedly green. They have maximum density—1m people per square mile in some areas of Mumbai—and have minimum energy and material use. People get around by foot, bicycle, rickshaw, or the universal shared taxi. 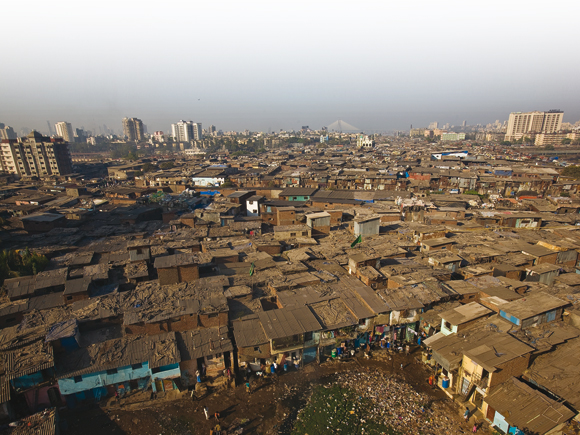 The article concludes with the following sobering thoughts:

And just as this was true during the industrial revolution, so the take-off of cities will be the dominant economic event of the first half of this century too. It will involve huge infrastructural stresses on energy and food supply. Vast numbers of people will begin climbing the energy ladder from smoky firewood and dung cooking fires to diesel-driven generators for charging batteries, then to 24/7 grid electricity. They are also climbing the food ladder, from subsistence farms to cash crops of staples like rice, corn, wheat and soy to meat—and doing so in a global marketplace. Environmentalists who try to talk people out of it will find the effort works about as well as trying to convince them to stay in their villages. Peasant life is over, unless catastrophic climate change drives us back to it. For humanity, the green city is our future.

Well worth the read.

Night Music: Riders On The Storm

Food Photographer of the Year 2021

The Guardian has an excellent spread on winners in the 2021 Pink Lady Food Photographer of the Year contest. The overall winner, and one of my favourites, was:

Keeping Banks Safe For Our Money 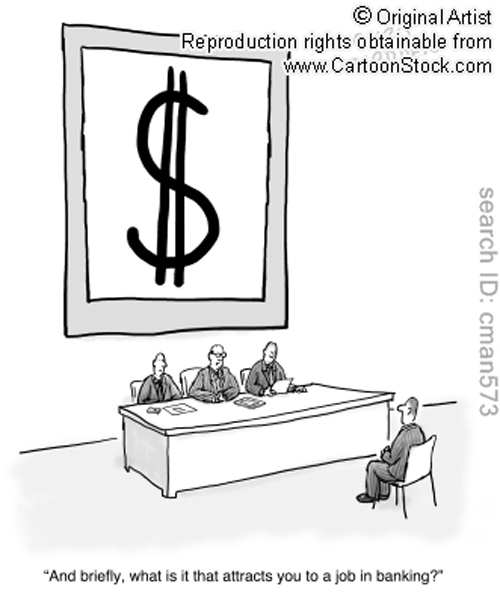 As anyone who has read the papers or seen the news in the last few years knows, banks around the world have broken numerous serious laws, have had to be bailed out with taxpayers money, and yet still pay millions of dollars to inept executives and billions more to stockholders. Many of their problems involve their connection to complex financial transactions that do nothing but make money for already-rich individuals. There has to be a better way, and there is.  The economic melydown created by the covid-19 crisis seems a perfect time to reorganize the sector.

I would oblige all banks to become credit unions and I would strictly limit their functionality.

Credit unions are not-for-profit institutions cooperatively owned by their members. They operate solely for the benefit of their members rather than for outside shareholders, of whom there would be none.  Their senior management is elected by the members and their policies are offered up for approval at regular meetings of the membership. Senior management remuneration would require members’ approval. The billions of dollars that are currently paid out in dividends to outsiders would be used to increase services and lower costs for the members. Any surplus could be re-paid to the members or added to the credit union’s capital.

I would limit their functionality to the taking, managing and disbursement of members’ deposits, and to the issuance of personal loans (including credit cards) and personal mortgages.  Any member or corporation that required business loans, corporate mortgages, investments or insurance would turn to investment companies, mortgage brokers and insurance companies designed specifically for that function.

No one would be limited in their desire to engage in stock market or other investments.  But these would be handled entirely by companies separate from banks.   No longer would bank depositors’ cash be at risk in the marketplace for derivatives, for example.

Competition between credit unions, if such were needed, would become a function of service and accessibility.  I believe this would get us more branches on the streets and a more personalized service between member and bank.  It would bring banking back to the people, to a smaller scale that we can understand and control — after all, it is our money they are using.